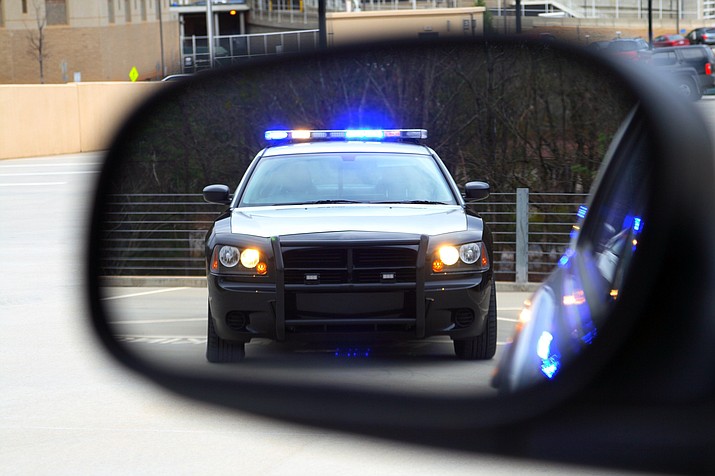 Law enforcement rangers at both the North and South Rims will have access to a breath alcohol content reading device after receiving a grant from the Governor’s Office of Highway Safety. (Stock photo)

In 2017, 36 percent of arrests made at Grand Canyon National Park were drivers under the influence of alcohol and/or drugs. The court admissible breath alcohol content reading device will assist on working toward the goal of combating impaired driving and helping work “Towards Zero Deaths”, a National Park Service and Traffic Safety Campaign.

Paul Riese, a law enforcement ranger within the park, said rangers do many traffic patrols and check for impairment when they pull over drivers for speeding or not wearing their seatbelts.

“During the investigation, if we think they might be impaired, we administer a field sobriety test,” he said.

A field sobriety test consists of three exercises focusing on a suspect’s balance, coordination and eye examination. If a suspect fails any or all of these tests, he or she will be asked to blow into the breath alcohol content reading device. Although a person can refuse to submit to a breath alcohol test, Riese said Grand Canyon National Park can levy an additional charge of refusal against them if they do so.

Suspects who produce a breath alcohol level above .08, which is the legal limit to drive nationwide, are transported to jail through an agreement with the Coconino County Sheriff’s Office.

The grant will fund the purchase of a court admissible breath alcohol content reading device to help the Grand Canyon National Park, and local police agencies in northern Arizona, prosecute DUI offenders and provide state of the art equipment to share with law enforcement partners.

“This grant will help Grand Canyon National Park improve the safety of northern Arizona and the park,” said Grand Canyon Superintendent Christine Lehnertz. “This grant is greatly appreciated and is a testament to our continued partnership with the Arizona Department of Public Safety.”

Although field sobriety tests are effective, Riese said the use of a breath alcohol content reading device is important for two reasons. One, it shows the level of intoxication. This can mean the difference between a DUI (driving under the influence) and an extreme DUI, which carries much heavier penalties. It also allows law enforcement to determine if the driver is impaired by alcohol or some other substance.

“We need to be able to ensure that the numbers provided by the instrument matches up to what we’re seeing,” he said.

For example, if the subject appears to be very impaired but produces a breath alcohol reading below the legal limit or non-existent, then rangers would need to call in a drug recognition expert and get a warrant for the suspect’s blood sample.

Riese said field sobriety tests would stand in court on their own, but having access to numbers is preferable and sometimes necessary to discern whether an incident is an alcohol or drug-related DUI.

Last year, there was one fatality as a result of driving while intoxicated within the park, according to Riese. He said the park also sees a handful of accidents involving impairment every year — so far in 2018, there have been five.

Riese said he sees an even mix between park residents and visitors, and that those arrested on alcohol-related charges may drink before trying to enter or at one of the restaurants and lounges within the park.