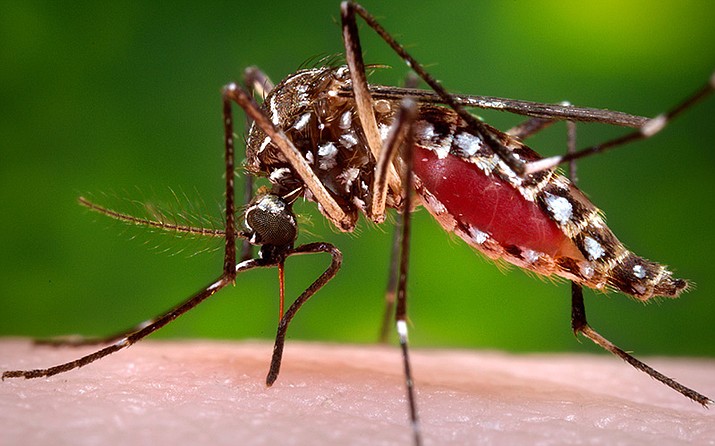 Mosquitoes pick up the West Nile virus from feeding on infected birds. A single bite can transmit the disease to horses and humans, as well as birds. (Photo courtesy of Centers for Disease Control and Prevention)

What to Know About Insect Repellent 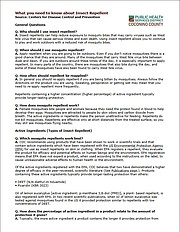 PHOENIX — Arizona’s wettest month is upon us, but rain won’t be the only thing that arrives with these August monsoon storms. Standing rainwater provides optimum breeding conditions for mosquitoes, which have the potential to cause serious illnesses, including the West Nile virus.

“It’s really important that after a rainstorm comes through that you clean up your yard,” said Jessica Rigler, branch chief for public-health preparedness at the Arizona Department for Health Services. The department’s anti-mosquito campaign is dubbed “Fight the Bite.”

Mosquitoes usually don’t fly far, she said, so the small step of eliminating pooled rainwater can keep the pests away from your immediate surroundings.

“Anything … around your yard that is just a source of standing water that’s not moving and isn’t chlorinated like your pool is, you want to get rid of that water so you don’t encourage mosquito breeding,” Rigler said. That includes toys, planters, old tires — even pools that form beneath leaky outdoor faucets.

West Nile virus is the most prevalent mosquito-borne illness in Arizona. It was first found in the U.S. in 1999 and was detected in Arizona in 2003. The virus is transmitted to mosquitoes that feed off infected birds. Birds, horses and humans can get infected through a single bite. A vaccine is available for horses but not for humans.

Symptoms of West Nile are similar to that of the flu, but only about 20 percent of victims show signs of the disease, which can take three to 14 days to incubate, according to the World Health Organization. West Nile can become fatal if it progresses to a neuroinvasive disease, such as encephalitis and meningitis.

As of July 20, a single case of West Nile virus had been reported for 2018, state officials said. There were 40 confirmed cases and 70 probable cases in 2017.

Rigler said you can take steps to keep you and your family safe outdoors.

“We always recommend wearing long sleeves and long pants. With the temperatures we’re seeing here, that’s not really feasible for a lot of people” she said. “Next best is wearing insect repellents. DEET-containing insect repellents are a really good idea if you’re going to be … outside at all.”

The Maricopa County Departments of Public Health and Environmental Services have identified areas with a higher volume of mosquitoes. County workers then capture and test mosquitoes from those areas to see whether they’re infected.