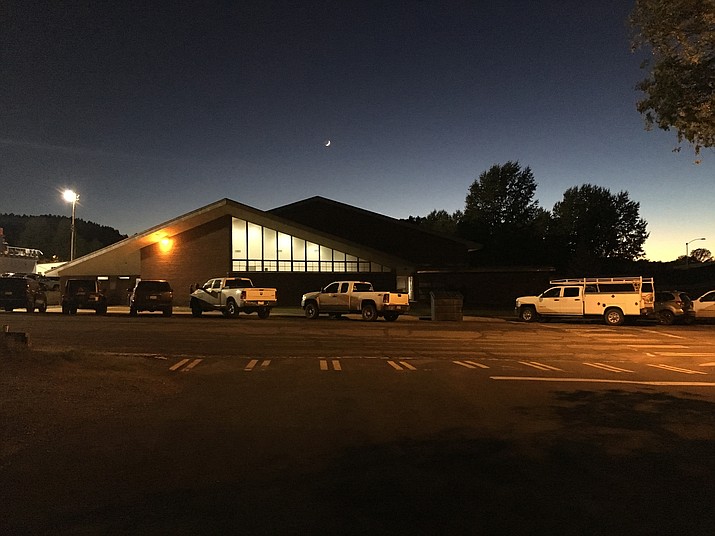 According to Police Chief Herman Nixon, the two students were talking about school violence but not specifically about the Williams schools.

“Unfortunately their conversation went a little too far,” Nixon said. “But there was never any threats to our school, our community or our staff.”

Nixon said officers interviewed the students, their parents and numerous other students regarding the threats.

“We’ve had to go through a lot of witnesses to figure out where the rumors actually started,” Nixon said. “Because you have to take these things seriously.”

Nixon said the school district has a policy that requires any school threats to be reported to the police department.

According to the letter, Honsinger believed the threats were not of a serious nature but the students were suspended for five days.

“In this day and age, students need to learn that any threatening language will be taken seriously and they will be held accountable,” he said in the letter.

Honsinger said in order for the students to return to the school, both students and their parents were required to have a mental health professional recommend their return. The students also agreed to have themselves and their belongings searched at any time.

“Since their return to school this past week, the two students haven’t had a bit of trouble,” Honsinger said.

Honsinger said he was concerned about rumors that had been circulating about a possible school shooting since this threat incident.

“I want to stress that these claims have been investigated and there are no threats being made to the school this week,” he said.

Honsinger said he understands that some students may be under stress and express themselves in inappropriate ways.

“While the fears about actual threats are unfounded in the rumors created this week, we all know that our schools are always at risk of violence,” he said. “I assure you that I don’t take any report lightly and that I do everything possible to keep your kids safe.”

Nixon said he expects to hear more reports of school threats in the future.

“Lately the talk on everybody’s minds is the school violence,” he said. “Preparing for school violence and looking into things and making sure our kids are safe is nothing new. It just seems there is a heightened awareness about kids talking about those kinds of things.”

Nixons said Williams police officers are trained for active shooter incidents, but believes the schools in Williams are safe.

“I think we can always find things that can make the school safer,” he said. “The school has protocol and our police are not far away for a quick response.”

Nixon said parents are encouraged to report threats or concerns to Williams Police Department at (928) 635-4421.