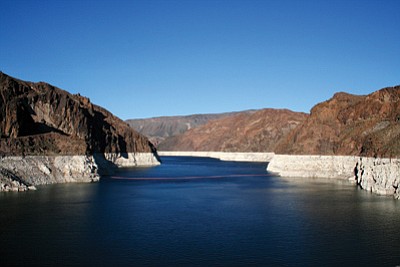 Officials said that heavy spring rains recharged Lake Mead to the point that they will not have to declare a water emergency next year. Photo courtesy U.S. Geological Survey

LAS VEGAS — A prison term of 81 months was handed down in a recent court hearing to a man who fired multiple shots at security guards at a marina in Lake Mead National Recreation Area last August.

Jamie J. Dulus, 29, of Henderson, Nevada, pleaded guilty in January to charges of assault with a dangerous weapon and use of a firearm during and in relation to a crime of violence.

Dulus was charged after an incident on Aug. 10, 2017 at the Las Vegas Boat Harbor Marina in the park. Court records describe how Dulus, acting belligerently as the marina bar was closing, was asked by two security guards to leave the area. Dulus argued with the guards as he walked down the walkway leading to the parking lot. The guards followed him to ensure he left the area.

According to the records, Dulus then set his beer bottle on the ground, lifted his shirt and pulled a .25 caliber Raven handgun from his waistband. Dulus aimed and fired once at each security guard, then started running towards the guards firing one more shot. When Dulus reached the two guards, he pressed the barrel of the handgun to one guard’s forehead. The second guard was able to pull Dulus’s hand away as another shot was fired. The guards were able to wrestle Dulus to the ground, remove the gun from his hand and restrain him until NPS Rangers arrived on scene.

A Special Agent of the NPS Investigative Services Branch worked with the Rangers during the investigation and prepared the case for prosecution by the U.S. Attorney’s Office, District of Nevada.