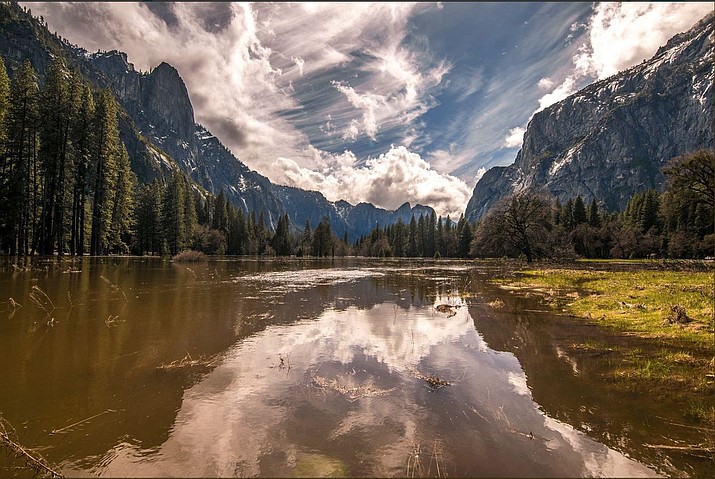 Crews working in Two Medicine last week noted that snow drifts were up to 15-20 feet deep, including road and picnic areas. The bathroom was completely covered. On average, plows encountered snow depths of 7-10 feet. The east side of the park saw significant snow this winter. Numerous communities saw record or near record snowfalls.

The park has received a significant amount of snow over the winter and early spring. The Flattop Mountain SNOTEL station shows observations that are about 125% of a 30-year average.

WASHINGTON — Margaret “Meg” Gallagher has been named as the new branch chief for the National Park Service (NPS) Aviation Program, succeeding Jon Rollens, who retired at the end of 2017. Meg is currently the acting aviation branch chief, having previously served as the national helicopter specialist for the NPS Aviation Program.

For the past four years in Boise, Idaho, she has built national operational plans for NPS’s high-risk programs with the experts in the regions and parks, as well as kept the Service up-to-date on quickly changing policy that shapes the Service’s aviation operations.

FORT SMITH, Ark. — Closing an interagency investigation and bringing justice for the victim of a violent attack, a man has been sentenced to serve 30 years in prison. Elijah Z. Reed, 27, pleaded guilty to attempted first-degree murder and kidnapping at a recent court hearing. The charges were for an August 2017 incident in Fort Smith National Historic Park.

Court records show that on Aug. 30, 2017, Reed attacked a woman as she jogged along a park path. After taking the woman’s cellphone and throwing it, Reed stabbed her in the neck and head several times, went to the river and washed his shirt, then ran away. The woman was able to alert others in the park, who summoned help. Reed was located several blocks from the park later that day and taken into custody.

YOSEMITE, Calif. — Yosemite Valley reopened to visitors after closing April 9 because of a severe storm in the region.