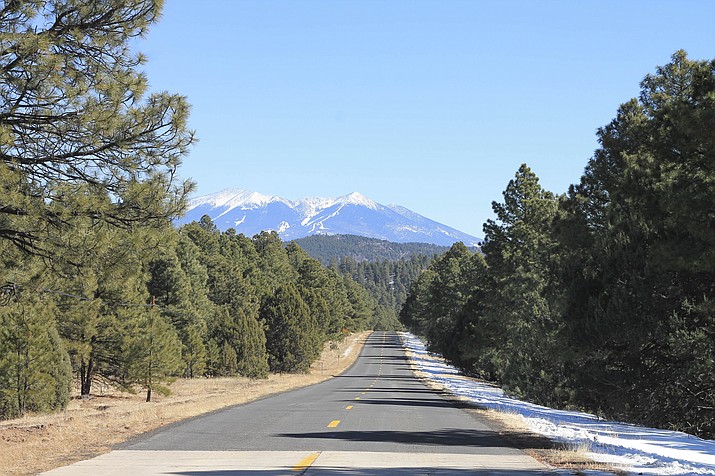 PRESCOTT — A fugitive who has been on the lam for 37 years was discovered in Prescott Valley this week. Charles Leroy Cagley was incarcerated Jan. 9, 1981, and was scheduled to be released July 5, 1983. Cagley told police he escaped in 1981 while on a minimum security work detail at the Newton Correctional Facility.

CARLSBAD CAVERNS — Three visitors were stranded 740 feet below the surface March 26 at Carlsbad Caverns National Park after one of the secondary elevators stopped working as a result of a mechanical issue.

An inter-agency search and rescue team consisting of the Carlsbad Fire Department and National Park Service (NPS) rangers set up rigging in the hoist way and with three EMT/paramedics inside the operational elevator and an NPS ranger up on top, lowered themselves to the stranded car. After reaching the visitors, the team harnessed up each visitor with a lifeline and transferred them through the roof escape hatches to the operational elevator. After three and a half hours, the visitors were safely back at the park’s visitor center in good spirits. An inspection indicated that the elevator became stranded from a worn travel cable.

NAVAJO NATION — The Navajo Nation has sued the federal government and Winslow over the death of tribal member, Loreal Tsingine, who was holding a pair of medical scissors when she was shot by a police officer for the northern Arizona city.

SAGUARO NATIONAL PARK — Saguaro park officials said they spent $3,000 to chip 1,000 saguaros along the perimeter areas most accessible to visitors. That’s a small fraction of the 1.9 million saguaros in the park.

Microchip IDs are one way officials are protecting national park resources from thieves. In the Petrified Forest National Park near Holbrook, a photo-mapping system tracks whether visitors are taking fossilized wood. Signs are posted along park trails warning people not to take petrified wood. The minimum fine is $325.

JOSHUA TREE — A two and a half acre fire reported March 26 is being investigated as an arson by the National Park Service, Bureau of Land Management and San Bernardino Fire.

The fire burned in the Oasis of Mara, directly behind the Joshua Tree Oasis Visitor Center and Joshua Tree National Park Headquarters. National Park Service staff will be conducting a site damage assessment of the burned area to determine the extent of loss to park resources. No structures were damaged in the blaze.