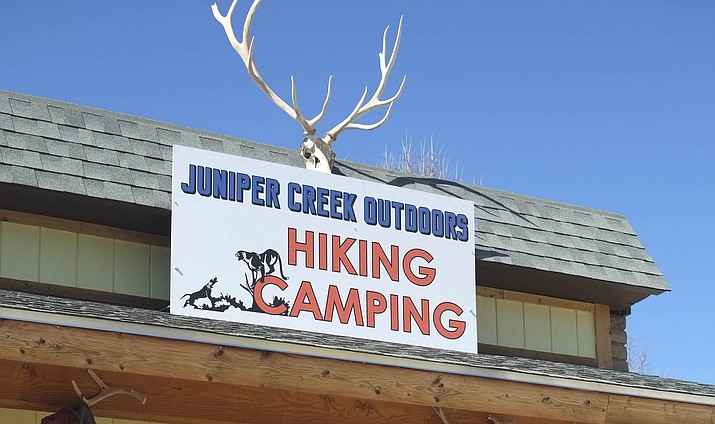 Juniper Creek Outdoor Hiking and Camping is located at 420 West Route 66 in Williams. It is open from 8 a.m. – 6 p.m. and is currently closed on Mondays but the owner plans to be open seven days a week during the summer. (Loretta Yerian/WGCN) 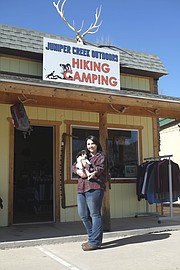 Kevin Overfield opened his primary location on Grand Canyon Boulevard last August. He said the new location is a test run and said he wanted to have a location on the main drag of the town that would cater more to the needs of tourists.

“We opened this (primary) shop here for the locals and the tourists but mainly the local people,” he said. “There’s a lot of people who hike and go to the Grand Canyon and are walking through the middle of town and they don’t have a whole lot of options. We put some backpacks and a bunch of other goodies in there and we’ll see how it goes,” he said.

Overfield said he hopes to keep the second location open year-round. In the winter he plans to sell Christmas trees.

Currently, the store offers fishing equipment and camping and hiking supplies as well as regional souvenirs. Overfield said if people don’t find what they are looking for they should visit the location on Grand Canyon Boulevard.

“We got all the fishing, the bows, hunting stuff and bullets and all the other stuff,” he said.

Juniper Creek Outdoor on Route is open from 8 a.m. – 6 p.m. They are currently closed on Mondays but plan to be open seven days a week during the summer.