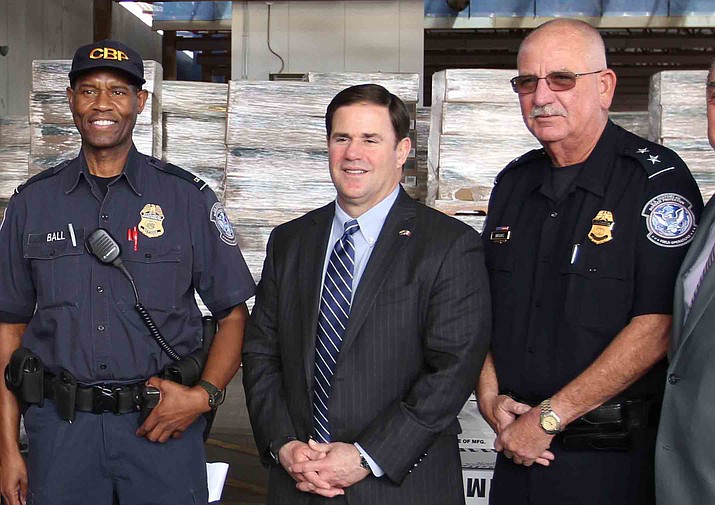 Arizona Governor Doug Ducey during a 2016 trip to the Mexico/U.S. border in Nogales, Arizona.

PHOENIX (AP) — Arizona Gov. Doug Ducey has signed a bill boosting penalties for wrong-way freeway drivers that he called for in his January state of the state address.

The new law sets a minimum of four months in prison and up to 2.5 years for impaired drivers and a $500 fine for non-impaired violators.

The state has seen a spate of fatal wrong-way crashes in recent years, many caused by impaired drivers late at night. The governor is also seeking $1.4 million to boost nighttime freeway patrols.

The bill was one of 15 he signed March 27. Others created a new crime of threatening someone to coerce them into engaging in sex and barred school districts from refusing to sell buildings to charter or private schools if they are the high bidder.