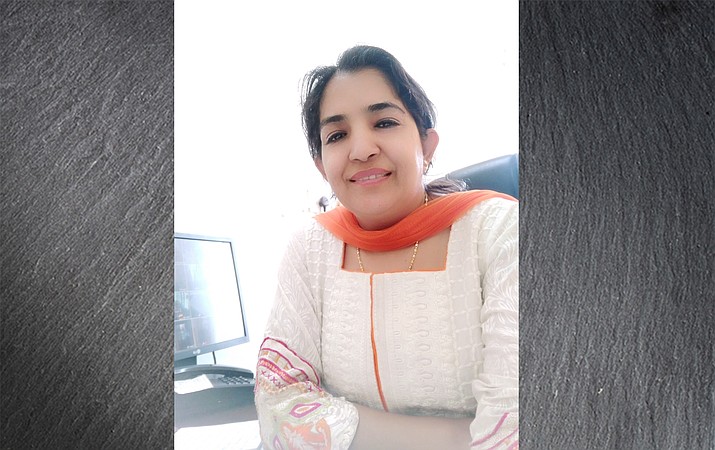 After traveling from India to fill the position of chemistry and physical science teacher at the high school, Kaur has quickly settled into her new role.

“This was a big opportunity for me,” she said. “I wanted to see how children learn in schools abroad.”

Kaur brings 22 years of teaching experience with her to Williams. She began as an elementary school teacher in India and then transitioned into teaching chemistry, biology and physics.

“In India you start in junior classes and when they realize you are capable they give you the seniors,” she said.

Kaur developed a love of science from an early age. She said she used to do all kinds of dissections at her home.

“I would do cockroaches to see all the parts,” she said. “I’ve done frog, crab, rat, frog, fish and snails.”

She initially wanted to be a doctor, but her father did not want her to be too far from home so she ended up studying botany, chemistry, biology and physics.

Kaur said the transition to a United States classroom has been interesting. She said the students in India have less freedom than the students she has seen here.

“Until Plus 2 (high school), students wear uniforms with a tie, belt, everything,” she said. “They behave properly. No phones are allowed and there is no eating in the classes. Students are very disciplined.”

She said when students reach college they are streamed into either humanities, sciences or commerce.

Kaur said coming to the United States was a big opportunity for her. She said she believes in learning in whatever ways she can. She also believes she has something to share with her students.

“I believe that I can change them, that I can teach them very well,” she said. “I can give them knowledge, those who want that knowledge.”