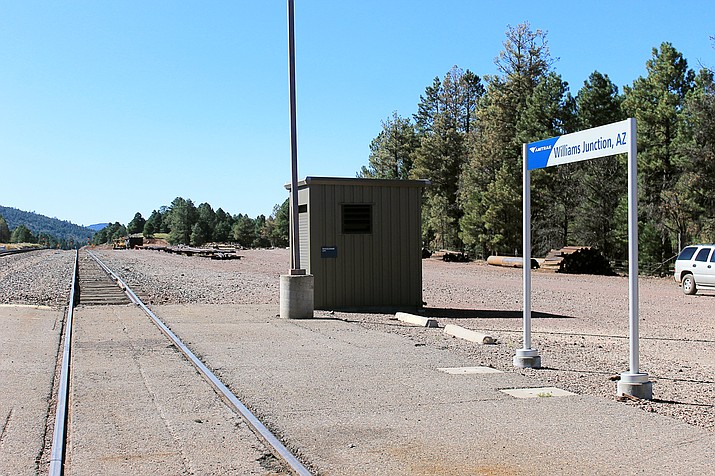 Grand Canyon Railway says shuttle service from the Amtrak stop outside of Williams to town will no longer be offered starting Jan. 1.

WILLIAMS, Ariz. — After many years of providing the only shuttle from the Williams Amtrak station to town, Grand Canyon Railway has decided to discontinue the service as of Jan. 1, 2018.

According to Bruce Brossman, director of sales and marketing for Grand Canyon Railway, the railroad has determined the shuttle service is not conducive to the operation of the railway.

He said the Railway provides van service from the Amtrak stop, which is in a remote area about three miles east of town, to Williams in the early morning hours each day. Passengers are picked up around 4:30 a.m. and dropped off at the Grand Canyon Railway Hotel. Passengers then loiter in the lobby until the train leaves for the Grand Canyon at 9:30 a.m.

“The conflicts have become too much,” he said. “We have people sleeping in our lobby, disrupting our guests and making our employees nervous.”

Brossman said the service has become a burden to their hotel employees. The train arrivals and departures are unpredictable and van drivers must be on call at night.

“There was a lot of labor involved,” Brossman said. “We had to hire CDL drivers and deal with wear and tear on the vehicles.”

Brossman said he believes having Amtrak as an option in Williams is a disservice to Amtrak customers.

“We frankly think it’s not a good service for their guests either,” he said. “They’re dropped in the middle of the night, in the middle of nowhere. They get picked up by a guy in a van and then taken to a hotel lobby where there are no services open.”

Brossman said he believes guests will get a better experience by taking Amtrak to the Flagstaff station and then taking a shuttle to Williams.

“Their depot is open 24-hours a day and there are restaurants in town open later than we are,” he said. “It’s only 25 minutes or so to Williams where they can pick up the train to the Grand Canyon. They can then return to Williams and take a shuttle back.”

Grand Canyon Railway still plans to work with Amtrak Vacations and Yankee Holidays where customers can purchase packages to visit the area.

“I really think it will be a better experience for their guests,” he said.