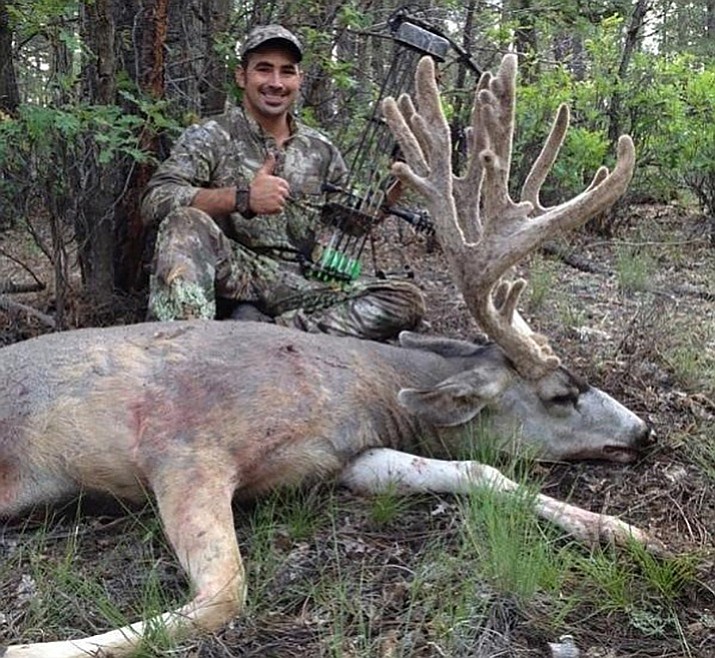 Arizona Game and Fish served a search warrant at the home of Loren McReynolds, where they found five mule deer trophies suspected to have been taken unlawfully. AZGFD is continuing its investigation.

FLAGSTAFF, Ariz. — Following the poaching of a mule deer in Grand Canyon National Park and a multi-year investigation by the Arizona Game and Fish Department (AZGFD) into the hunting activities of Loren McReynolds, several state and federal agencies served a search warrant at his Flagstaff residence.

During the search of McReynolds’ home, investigators recovered five mule deer trophies that law enforcement officers suspect were unlawfully taken, including notable, non-typical mule deer antlers alleged to be from a deer killed within the boundaries of Grand Canyon National Park. Non-typical antlers are unique in form and appearance, and the trophy buck was believed to be a well-known resident deer that lived within the park and was very identifiable.

Scott Fischer, in charge of AZGFD’s Operation Game Thief program, said people were familiar with the mule deer and became suspicious when he stopped coming around.

McReynolds has a previous history of alleged wildlife violations, and was arrested in January 2017 for weapons violations and for killing federally protected burros north of Williams, Arizona.

Fischer also said McReynolds is a licensed hunting guide and would therefore be familiar with the rules and regulations regarding the taking of animals, including knowing that it is illegal to hunt within the boundaries of Grand Canyon National Park.

McReynolds has a lengthy history with Coconino County law enforcement dating back to 2003. Charges filed included burglary, theft, providing alcohol to a minor, driving under the influence, driving on a revoked or suspended license, criminal damage, disorderly conduct, aggravated assault and resisting arrest.

“We have been working on this case for several years and all of the hard work finally paid off with the service of this search warrant,” said Gene Elms, Law Enforcement Branch chief for the Arizona Game and Fish Department. “The department has received many complaints about McReynolds’ hunting activities over the years. Thanks to those individuals who came forward and the diligence of our investigators, we have the evidence to pursue criminal charges for McReynolds’ actions.”

McReynolds has not been arrested. Charges are pending and are expected to be filed at a later date, an agency official said.

If convicted, the violations carry possible jail time and court fines. In addition, the Arizona Game and Fish Commission has authority to seek civil restitution for the loss of wildlife to the state and suspend or revoke McReynolds’ hunting privileges.

The Arizona Game and Fish Department encourages anyone with information about the illegal take of wildlife to call the Operation Game Thief hotline at (800) 352-0700 or visit www.azgfd.com/ogt.

The department pays cash rewards to individuals whose reports of wildlife crimes lead to an arrest. Callers can remain anonymous, and their confidentiality is protected. Money for rewards comes from donations, court fines and civil restitution by violators who commit wildlife crimes.

“If you witness suspicious hunting activity, call the Operation Game Thief hotline immediately,” Elms said. “A caller’s quick actions not only increase our chances of apprehending the violator, but they also help protect Arizona’s wildlife.”