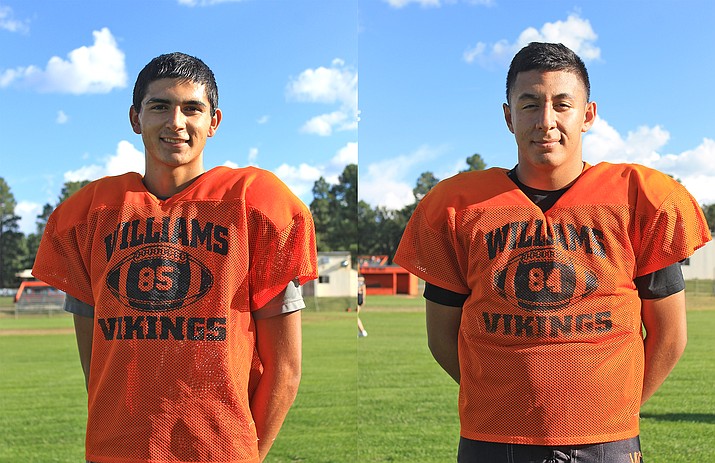 Zack Perkins is a three-sport senior at Williams High School. He has played baseball, basketball and football.

He enjoys football and hopes to face Bagdad again at the state championships this year. On road trips he likes to stop and eat at Maverick.

In his spare time he likes to spend time with his friends who include Arthur Martinez and Sarah Smith. He also likes to watch Bob’s Burgers on TV.

His favorite NFL football team is the Cardinals.

In the summer, Perkins works at JMZ Excavating with his family. After he graduates in 2018, he hopes to study physical therapy in the CCC2NAU program.

“She’s cool, she understands us,” he said.

He said he doesn’t know where he plans to live in the future, but said he will go wherever God leads him.

Juaquin Gutierrez is a senior football and basketball player at Williams High School.

After breaking his leg two years ago, Gutierrez is back playing as a lineman on the football team.

Outside of school, he spends most of his spare time working and playing sports.

When travelling with the teams he likes to eat at In-and-Out burger.

Gutierrez hopes to face Bagdad at the state championships this year.

During the summer he works at the Italian Bistro. After graduation he hopes to study at Northern Arizona University although he hasn’t determined a major yet. He would also like to travel.

He likes to watch the Office on TV when he has free time. He doesn’t have a favorite NFL team.

Gutierrez said he doesn’t have a favorite teacher, but appreciates all the teachers he has had in high school.

His said he does well in his math classes, but his favorite class has been weights.