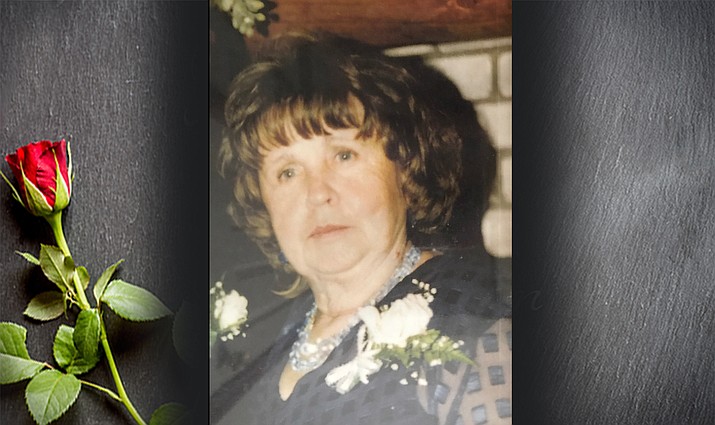 Nadine, or Dean as she was known to her family, was the youngest of three girls. Her sisters were Alice and Leona. She had a large extended family and was Aunt Nadine to many nieces and nephews.

On February 17, 1949 in St Joseph, Missouri, Nadine married her lifelong sweetheart Wilfred Hrenchir. Nadine and Wilfred were married for over 68 years. In 1950 Wilfred and Nadine welcomed their first son Larry Hrenchir, followed in 1953 by their second son Gary Hrenchir. In 1953, with two boys in tow, Nadine and Wilfred left Missouri to venture west, relocating to Phoenix, Arizona. In 1957, their daughter, Carolyn, was born, completing the Hrenchir family. Before long, their family grew with grandchildren and great-grandchildren.

Nadine and Wilfred lived in Phoenix from 1953 until 1994, where Nadine was a homemaker and spent time caring for their family. After Wilfred retired, they decided to leave their home of 40 years in Phoenix to live near their children in Northern Arizona. They purchased a large parcel of land just east of Williams, next door to their son Larry. Wilfred built the couple’s retirement home, where Nadine and Wilfred lived for the next 23 years. Nadine enjoyed living in the mountains and watching the wildlife in their yard. She spent her time reading the Bible and keeping Wilfred busy. Nadine was an exceptional wife, mother and grandmother.

On September 6, in her home, surrounded by her husband and family, Nadine was called to the Lord. She was 85 years old. She leaves behind her husband and sweetheart for over 68 years, Wilfred Hrenchir. She is also survived by her children and their spouses – Larry and Dorothy Hrenchir, Gary and Leslie Hrenchir and Carolyn and Anthony Hutchinson. She was grandma to Gary Allen Hrenchir, Lisa Hrenchir, Mindy Westover, Carrie Caputo, Nancy Fuller, Michael Hrenchir, Josie Hrenchir and Nodie Hrenchir. She also leaves behind numerous great grandchildren, nieces, nephews and a large extended family. Nadine will be deeply missed.

A memorial to honor Nadine was held on Monday, September 11, 2017 at 1 p.m. at Norvel Owens Mortuary. Graveside services followed at Flagstaff Citizens Cemetery.