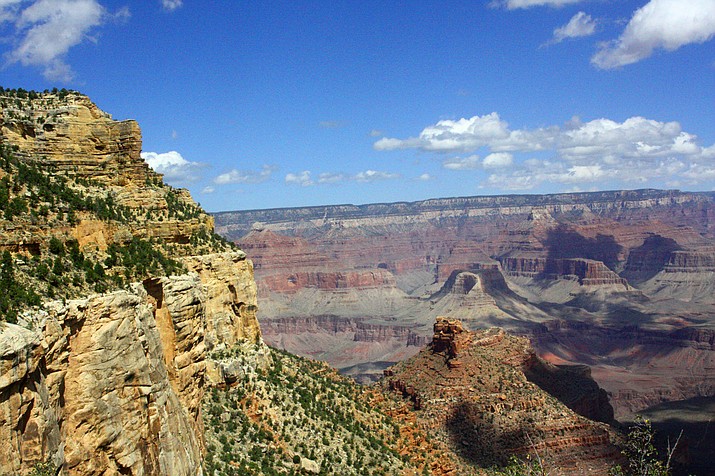 GRAND CANYON, Ariz. — As it tries to come to terms with a deferred maintenance backlog of nearly $12 billion dollars, the National Park Service (NPS) is considering increases to fees at highly visited national parks, including Grand Canyon, during peak visitor seasons.

“The infrastructure of our national parks is aging and in need of renovation and restoration,” said U.S. Secretary of the Interior Ryan Zinke. “Targeted fee increases at some of our most-visited parks will help ensure that they are protected and preserved in perpetuity and that visitors enjoy a world-class experience that mirrors the amazing destinations they are visiting. We need to have the vision to look at the future of our parks and take action in order to ensure that our grandkids’ grandkids will have the same if not better experience than we have today. Shoring up our parks’ aging infrastructure will do that.”

Under the proposal, peak-season entrance fees would be established at 17 national parks. The peak season for each park would be defined as its busiest contiguous five-month period of visitation.

If implemented, estimates suggest that the peak-season price structure could increase national park revenue by $70 million per year. That is a 34 percent increase over the $200 million collected in Fiscal Year 2016. Under the Federal Lands Recreation Enhancement Act, 80 percent of an entrance fee remains in the park where it is collected. The other 20 percent is spent on projects in other national parks.

During the peak season at each park, the entrance fee would be $70 per private, non-commercial vehicle, $50 per motorcycle, and $30 per person on bike or foot. A park-specific annual pass for any of the 17 parks would be available for $75.

Some area residents expressed concerns the fee increase would limit public lands access to Native and non-white populations at a community meeting with land managers Oct. 25.

Danny Blackgoat, a retired teacher from Flagstaff Unified School District, said the fee increase to enter the park would be a heavy burden for many Native people who conduct tribal ceremonies and gather traditional resources within the park. Blackgoat is a member of the Navajo Nation.

Celestine, a college student and member of Latino Outdoors, which aims to encourage more Hispanics to engage in outdoor recreation and conservation, said underserved populations in national parks include Hispanics who may come from lower-income households.

“I support increasing the fees to help maintain the parks,” she said. “But what can be done to be more inclusive of these underserved populations with lower incomes?”

Entrance fees are not charged to visitors under 16 years of age or holders of Senior, Military, Access, Volunteer, or Every Kid in a Park passes. The majority of national parks will remain free to enter; 118 of 417 park sites charge an entrance fee, and the current proposal raises fees at 17 fee-charging parks.

NPS is also proposing entry and permit fee adjustments for commercial tour operators. The proposal would increase entry fees for commercial operators and standardize commercial use authorization (CUA) requirements for road-based commercial tours, including application and management fees. All CUA fees stay within the collecting park and would fund rehabilitation projects for buildings, facilities, parking lots, roads, and wayside exhibits that would enhance the visitor experience. The fees will also cover the administrative costs of receiving, reviewing and processing CUA applications and required reports.

Additionally, the proposal would include a peak-season commercial entry fee structure for the 17 national parks referenced above. All proposed fee adjustments for commercial operators would go into effect following an 18-month implementation window.