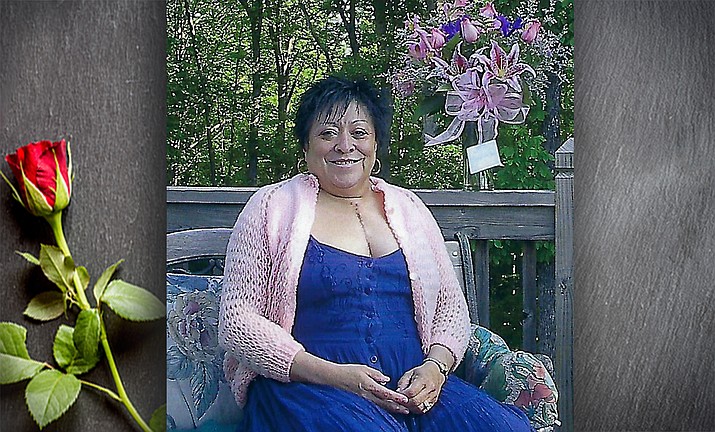 Racheal C. McHenry 74, passed away Tuesday, October 3, 2017 at 9:17 p.m. at Del Webb Hospital in Surprise, Arizona. She was surrounded by loved ones until she was embraced by her heavenly father.

Racheal was born May 3, 1943 in Williams, Arizona. She was blessed to have her parents, Ramon and Inez Pena. She was raised in Ash Fork until 1961 when the family moved to Williams. In 1984 she met the love of her life and now husband, James McHenry. They lived in Mesa, Arizona. James’ work took them to Georgia for six years. At the time of James’ retirement and plan of moving back to Arizona, Racheal had a stroke and they decided to make their home in Surprise, Arizona.

Racheal knew no stranger, her heart was open to everyone. As friends would say, “She was hip and cool and was always dressed in style.” James and Racheal enjoyed nature hiking, where she would find items for her current art project. Anyone who went to Racheal’s house would find incense and candles burning, music playing and her dancing as she cleaned. Racheal’s life was full of light, love and positivity.

She was preceded in death by her parents Ramon and Inez Pena, Mela Smith, brother — Eddie Smith and son-in-law Alan Daniel Shores.