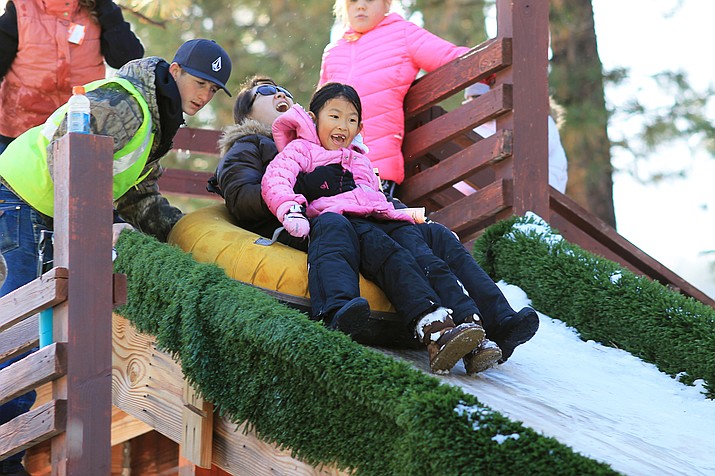 Visitors to Williams enjoy tubing at Elk Ridge Ski and Outdoor Recreation area in January. The owner’s of Arizona Snowbowl are in the process of purchasing the small ski area with hopes of making improvements in 2018.

Visitors enjoy a day tubing and playing in the snow at Elk Ridge Ski Area in January of 2017.

WILLIAMS, Ariz. — In a deal to be finalized soon, Elk Ridge Ski and Outdoor Recreation area owner Tammy Fountain is selling the ski and sledding area to the owners of Arizona Snowbowl.

Elk Ridge, located near Williams, has been a commercial ski and sledding area since the 1960s, offering 37-acres of terrain for beginner skiers and a groomed slope for tubing. Historically, the slopes of the mountain have been a favorite haunt of locals since the 1920s.

The purchase of Elk Ridge by Durango businessman James Coleman, who fronts Mountain Capital Partners, will be added to a collection of resorts owned by the company that include Purgatory Resort and Hesperus Ski Area in Colorado, Sipapu Ski and Summer Resort and Pajarito Mountain Ski Area in New Mexico, and Arizona Snowbowl in Flagstaff.

“The sale is bittersweet, it’s been my home for 12 years,” Fountain said. “But the new owners will literally be able to take the ski area to the next level.”

Fountain purchased the property in 2005 from Laird Moody, the long-time owner of the resort.

Elk Ridge is located on a north facing slope of Bill Williams Mountain off the Perkinsville Road. The property operates under a special use permit with Kaibab National Forest.

The ski area will be the smallest resort owned by Mountain Capital Partners. Purgatory lies near Durango in southwestern Colorado and features 1,525 acres of skiable terrain with 94 trails and 11 lifts. Hesperus, also near Durango, is the smallest in the group with 60 acres, 26 trails and one chair lift.

Snowbowl General Manager J.R. Murray said the new owners plan to replace both current surface lifts at Elk Ridge with modern equipment that will provide access to all the ski slopes.

“We hope to eventually install a chairlift which will revolutionize the alpine experience,” he said in a news release.

The upper slopes of the ski area have not been open for many years and the platter lift has fallen into disrepair, he said.

“Williams has always had a ski area there though it’s been a while since it’s really been a successful story,” Murray said. “Our intent is to restore its historical and economic relevance to the Williams economy.”

Murray said the group is dedicated to maintaining Elk Ridge as an affordable, family-friendly ski area.

Prices have not been disclosed for the upcoming winter season, but Mountain Capital Partners currently offer a $799-$999 Power Pass that allows unlimited skiing at Purgatory, Hesperus, Sipapu, Pajarito and Snowbowl. Murray said that pass will eventually include Elk Ridge, although he is not sure of the details yet.

Each of the Mountain Capital Partners properties has snowmaking that allows them to stay open late in the season. The group did not reveal whether snowmaking would come to Elk Ridge.

“We haven’t gotten that far yet,” Murray said.

Murray said Snowbowl will help with the oversight of Elk Ridge, providing operational and technical expertise.

“We will be hiring a manger for that area though,” Murray said.

Murray anticipates several job opportunities for the local community once the permit process is complete.

“Right now we’re just working with Kaibab National Forest and the sellers to try to get the ski area open before Christmas,” Murray said. “We have applied for a new permit and we’ll be working with them on a master plan of what we want to do.” 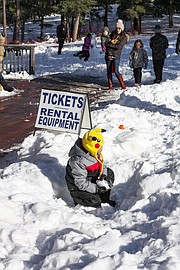 The new owners of Elk Ridge plan to upgrade the facility including replacing the current surface lifts with a chairlift.

Coleman has made a name for himself purchasing small, unique ski areas in the southwest, where he often has a personal connection.

Although the price for the Elk Ridge purchase has not been disclosed, the group has invested $35 million in the five collective ski properties between 2015-2017 and is known for the quick infrastructure upgrades that came after each purchase.

The group sees potential in expanding the season for Elk Ridge. Coleman said he believes the area has potential to provide year-round activities such as mountain biking and hiking.

The group sees the purchase of Elk Ridge as a means to relieve the pressure on Flagstaff by providing snow play opportunities such as tubing, show shoeing, skiing and more at the resort. They believe the ski area will provide more opportunities for Arizona families and hope to open the area as soon as a special use permit is approved by the forest service.

“Our first priority is to evaluate the operations for this coming season, and work with Kaibab National Forest to open tubing and some level of skiing,” Murray said.

Williams Mayor John Moore said he has dreamed of a vibrant, well-managed ski area near town that can help the winter economy.

“I’m very excited about Elk Ridge offering more for visitors to do,” Moore said. “Williams is a great tourism community, and my feeling is we’ve come up a little short on snow play activities in the past.”

Kaibab National Forest Supervisor Heather Provencio said the forest service is looking forward to seeing the permit proposal from Mountain Capital Partners since Arizona Snowbowl has been a good partner for them.

“Elk Ridge has been open very little in the past and the forest would like to see that change so that more visitors are able to take advantage of winter recreation opportunities in the Williams area,” she said. 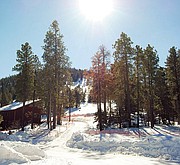 Fountain said she has seen photographs of skiers in the 1920s using the Elk Ridge area prior to it becoming a commercial operation in 1963.

“They had a ski jump and were practicing for the Olympics off the jump,” she said.

Fountain believes the ski area became more formal in the 1950s and was run by volunteers.

“In 1964 it was moved to the current permitted areas where it is now” she said. “That was done by Laird and his partners until I bought it in 2005.”

When Fountain purchased the resort, she said she replaced ski and snowboard equipment, upgraded the lifts and did a lot of structural repairs to the building.

“We bought generators, put in a new water system and electrical system, and reconstructed the roof,” Fountain said.

Fountain said she and her staff spent much of the 12 years of her ownership repairing and replacing equipment.

“The poma lift has been broken down for three years because it’s so old,” she said. “It gets to the point where things break and you just can’t fix them.”

She said she tried to expand the four season aspect of the operation but found it difficult because of limited water and the ever present wildfire potential.

“The notice to close down got earlier and earlier each year,” Fountain said. “It got to the point where we needed to shut down in May and couldn’t open again until after the monsoons, and by then it was time to start getting ready for the winter season.”

Fountain said with the sale of the property she plans to spend more time with her family at her home in Las Vegas, although she hopes to stay in contact with her Williams friends.

“It’s been a fun 12 years, we’ve had our highs and lows,” she said. “It’s a small-town ski area and I don’t think that will change (with the new owners). It will just be a better structure of what it was. I’m excited.”