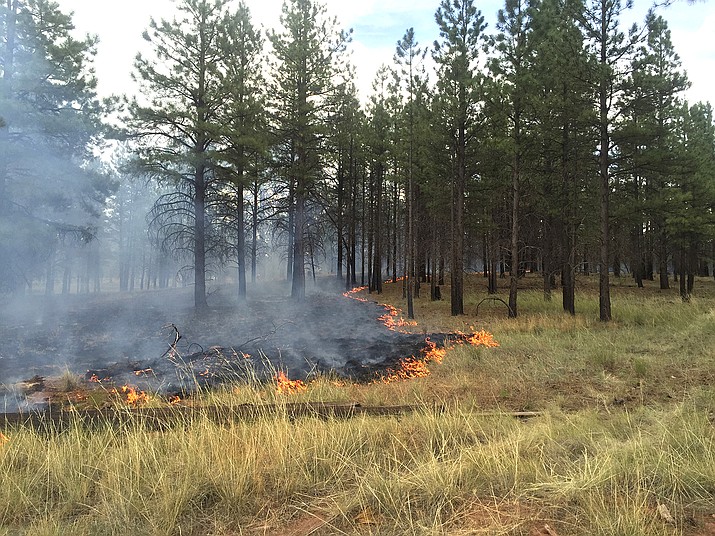 Fire managers on the south zone of the Kaibab National Forest have completed plans for the 2017 fall and 2018 spring prescribed fire burning seasons. 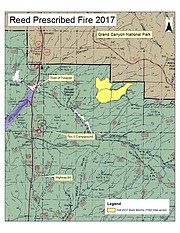 GRAND CANYON, Ariz. — Fire managers on the south zone of the Kaibab National Forest completed plans for the 2017 fall and 2018 spring prescribed fire burning seasons and have already begun working in many listed for treatment.

The specific units to be ignited will be chosen based on fuel moistures and weather conditions that are within prescriptive levels that meet fuels reduction objectives.

The following project areas on the South Kaibab are planned for treatments:

Smoke from these prescribed burns may be visible from Williams, Flagstaff and other surrounding areas.

North Zone fire managers on the North Kaibab Ranger District of the Kaibab National Forest and the North Rim of Grand Canyon National Park have also announced locations where they plan to complete prescribed fire projects starting in October and continuing through the spring of 2018.

Approximately 13,850 acres could be eligible for treatment across the plateau, but the implementation of each project will only occur when weather, fuel moisture, and smoke dispersal conditions are within the defined prescription parameters.

The following project areas on the North Kaibab are planned for treatments:

Ranger Nick: What Are Prescribed Burns, and Why Are They Important? by Farm Monitor

Smoke impacts from these burns may include Highway 67, Highway 89A, Jacob Lake, AZ, the North Rim Entrance Station, DeMotte Park, the LeFevre overlook and portions of the Grand Canyon including the Nankoweep area and Kwagunt Valley area.  Additional smoke impacts may occur in the Marble Canyon area and as far away as Page.

The role that prescribed fires play includes decreasing risks to life, resources, and property. Fire managers carefully plan prescribed fires, initiating them only under environmental conditions that are favorable to assure firefighter and visitor safety and to achieve the desired objectives, which include reducing accumulations of hazard fuels, maintaining the natural role of fire in a fire-adapted ecosystem, and protecting sensitive cultural and natural resources.

During prescribed fires, motorists are cautioned that smoke may be present in short durations, which may impact roads and populated areas, and are reminded to use caution, drive slowly, turn on headlights, and avoid stopping in areas where fire personnel is working.

All prescribed burning is subject to approval by the Arizona Department of Environmental Quality and appropriate weather conditions.