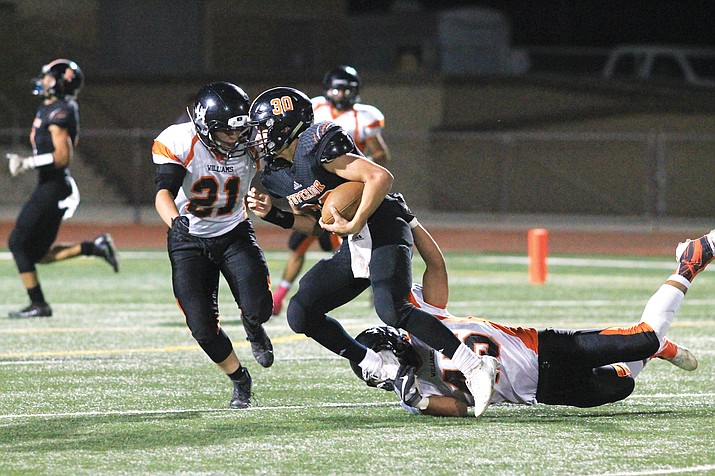 Viking Tate Grantham (21) was awarded Defensive Player of the Year for the 1A North Region.

WILLIAMS, Ariz. — Following a stellar season capped off with a State Championship win, its not surprising that 14 Williams Vikings were selected to 1A North Regional teams. Viking Tate Grantham was awarded Defensive Player of the Year.

Grantham finished the season with 90 total tackles, includ three solo tackles. He average 8.2 tackles per game. He had four sacks and two interceptions this season.

The Arizona Interscholastic Association selects student-athletes and coaches in a statewide recognition process.