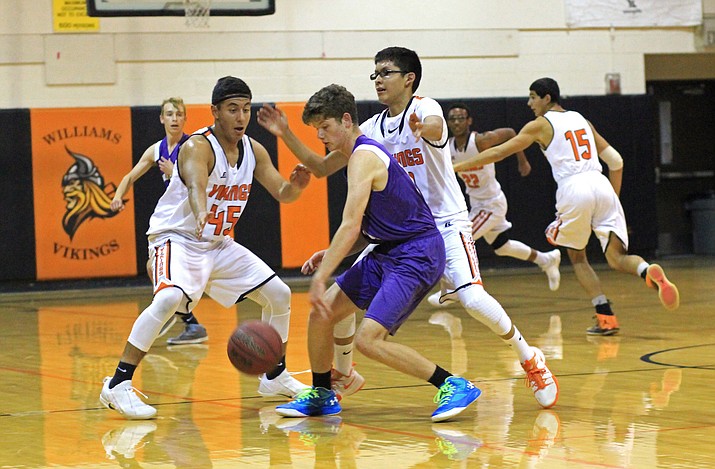 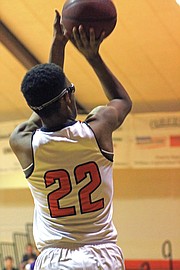 Viking Stephen Gary takes a shot during the Nov. 21 game with BASIS.

WILLIAMS, Ariz. — With the football season retreating in the rear view mirror, many Vikings traded their cleats for high tops and quickly embarked on the 2017-2018 basketball season.

Of the nine varsity players who suited up Nov. 21 for the game with BASIS – Flagstaff, four had just recently left the gridiron.

The Vikings lost no time in gaining their footing however, as they cruised to an easy 57-37 win over BASIS.

Seniors Payce Mortensen and Zack Perkins led the scoring for the Vikings with 16 and 13 respectively, followed by sophomore transfer William McMenamin with 10.

Perkins led in rebounds with seven, followed by junior Stephen Gary and senior Juaquin Gutierrez with six. Perkins and Diego Pedraza each had four steals.