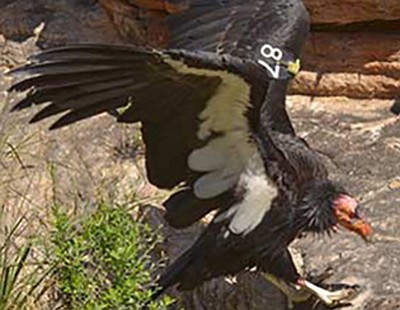 California Condors were released back into the Grand Canyon 20 years ago after a successful captive breeding program. Photo/NPS 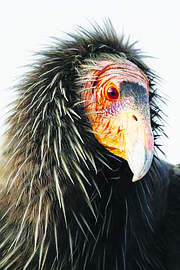 California condors were first released in Arizona in 1996.

PHOENIX — A review of the 2012-2016 period of the California condor reintroduction program in northern Arizona and southern Utah is complete.

The five-year review — the fourth of its kind — provides updates on the biological and field management aspects of the program, lead reduction efforts and administration of the recovery effort.  It provides recommendations to improve the program over the next five years and recommends continuing the reintroduction program, but continues to identify lead contamination as the major factor hindering condor recovery.

The experimental Southwest condor reintroduction project began with the release of six condors at the Vermilion Cliffs in northern Arizona in December 1996.  At the end of 2016, there were 79 condors in the southwestern population, with 73 free-flying. In 2017, there are 82.

Captive-hatched condors continue to be released annually, and as the wild population has matured, breeding activity has increased.  During the review period, 14 chicks hatched in Arizona and Utah.  In a program first, in 2014 a wild-hatched female produced another wild-hatched chick.

From 1996 through 2016, a total of 189 condors were released in the northern Arizona and southern Utah population, and 29 chicks were wild-hatched.  Through the end of 2016, 125 of these birds have died, including 20 of the wild-hatched chicks.  Reintroduction efforts have been complicated primarily by lead poisonings.

Such poisoning cases predominately occur in fall and winter months, during big game hunting seasons, when condors often feed on lead-tainted meat or gut piles. However, similar poisonings can sporadically occur in the spring and summer.

The Peregrine Fund’s field team attempts to trap every individual in the free-flying population before and after the hunting season, but as the population has grown and is using a larger range, this has become more difficult.  In this reporting period, an average of 90 percent of the population was tested for lead exposure each year; 29 percent of those tested required some level of treatment (chelation) or other management for lead poisoning.

AGFD and UDWR along with other condor recovery partners continue to expand hunter outreach to reduce the amount of lead ammunition available to condors.  The review also identifies a need to reduce lead-laden small game, fur bearer and predator/varmint carcasses within condor range.

More information about the California condor program in Arizona can be found at www.peregrinefund.org/projects/california-condor, www.azgfd.gov/condor or https://www.fws.gov/southwest/es/arizona/CA_Condor.htm.

The goal of the California Condor Recovery Plan is to establish two geographically separate, self-sustaining populations – a primary population in California and the other outside of California, each with 150 birds and at least 15 breeding pairs.