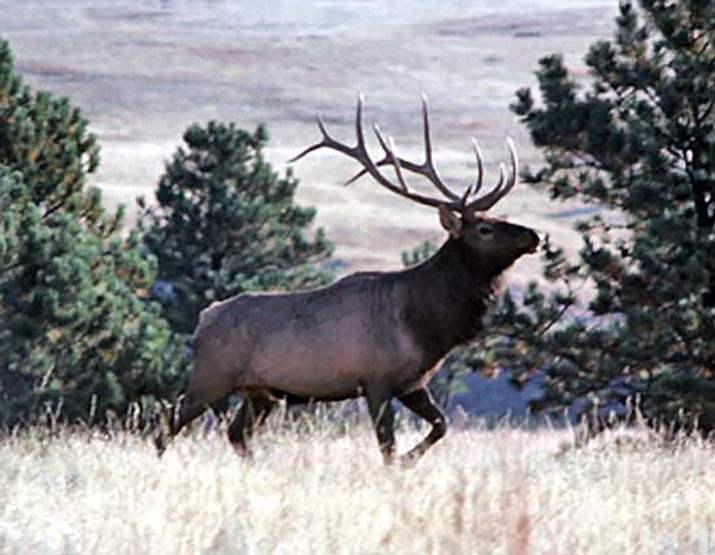 PHOENIX — The Arizona Game and Fish Department (AZGFD) is investigating the poaching of two cow elk and two mule deer in the past month in northern Arizona.

The most recent incident was a cow elk poaching on Nov. 10 or 11 in southern Game Management Unit 5A about 10 miles north of Strawberry.

The elk was found near U.S. Forest Service Road 308H, which is a closed road near USFS Road 308. Evidence found at the scene indicates the poachers were likely camped off the closed road and they also illegally killed an unidentified non-game bird in the same location. There was no elk season going on at the time the poaching occurred.

Investigating officers also discovered bloody fingerprints on litter found at the scene and possible DNA evidence was recovered as well.

“We are hoping the public may remember seeing a camp on the closed road during this particular weekend and can provide some vehicle or suspect descriptions,” said Game and Fish Wildlife Officer Garrett Fabian.

A reward of up to $2,500 is being offered in this case for information leading to the arrest of the violator(s).

The second cow elk poaching incident occured around Oct. 26 near Alpine in the early morning hours. The elk was shot in the Alpine Valley closure, south of Luna Lake. There was a legal hunt for cow elk open during this time.

AZGFD officers believe that other hunters in the area may have seen the violation occur.

“Anyone who saw or heard anything that might be related to this unlawful act should call in,” said Officer Aaron Hartzell, an AZGFD field supervisor. “This isn’t the action of a sportsman; it’s a criminal act of stealing wildlife resources from the people of Arizona.”

The department is also seeking information about the poaching of two mule deer bucks the week of Oct. 16 near Prescott.

The first mule deer was, a 3x4 buck found at a cattle water tank off Old Black Canyon Highway near the Stoneridge Community in Prescott Valley.

The second case involves a small buck that was wrapped in a trash bag and found alongside Iron King Road in Dewey.

“We want to know if anyone in the area saw or heard anything that may be related to the poaching of either of these bucks,” said Dennis Fogle, an AZGFD wildlife manager.

The department offers cash rewards for information that leads to an arrest, and up to $1,000 may be awarded for each of these deer poaching cases.

The department’s Operation Game Thief program encourages anyone with information about these cases or the illegal taking of wildlife in Arizona to call its 24/7 hotline at (800) 352-0700 or visit www.azgfd.gov/ogt. Callers can remain anonymous upon request.