I-40 speed limit to remain 55mph west of Flagstaff 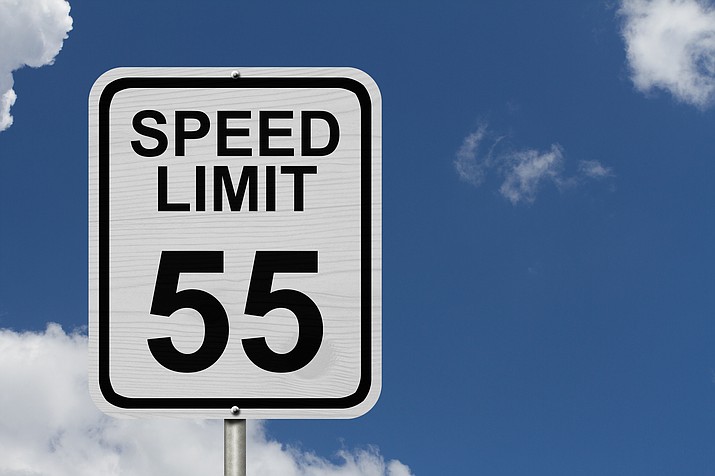 WILLIAMS, Ariz. — The speed limit will remain 55 mph on I-40 west of Flagstaff between mileposts 179 and 191, according to ADOT spokesman Ryan Harding.

“Because this is an active construction zone where the final layer of asphalt, known as a friction course, has yet to be placed on the roadway,” Harding said.

ADOT is in the process of determining what the speed limit will be throughout the winter season until crews return in the spring to place the final friction course layer of asphalt.

“We will inform area stakeholders of this decision as soon it is made,” Harding said.

Construction for this section of I-40 began in June.

ADOT and the Federal Highway Administration (FHWA) are rehabilitating the existing pavement on this section of I-40, which is approximately four miles west of Flagstaff.

The $13.9 million project includes minor bridge repairs at Bellemont, A-1 Mountain and Riordan overpasses as well as new guardrails, in addition to the repaving.

“Next year, when temperatures warm back up after winter, FNF will come back and apply the final surface layer on that 12-mile stretch of highway,” Harding said earlier this year.

Another similar project will start next summer repaving I-40 in both directions from milepost 179 to Cataract Lake.

“This project is a separate one from the current one FNF is working on. It will have to go through its own bidding process and contract award, so it will be game for any contractor who bids on it,” Harding said.

That project is expected to finish before the 2018 winter season.

Since 2014, ADOT has invested more than $100 million in paving projects along most of the 360-mile I-40 corridor in Arizona.

More information about current road conditions is available from ADOT’s Travel Information site at az511.gov or by calling 511.

I-40 repaving project underway between Flagstaff and Williams
Repaving project on I-40 from Devil Dog Road to Williams nearly complete
ADOT to pave 12 miles of I-40 east of Williams
Construction projects continue on I-40 between Williams and Flagstaff
I-40 paving projects to continue in 2018
Contact Us
Submit Questions, Comments, or Story Ideas