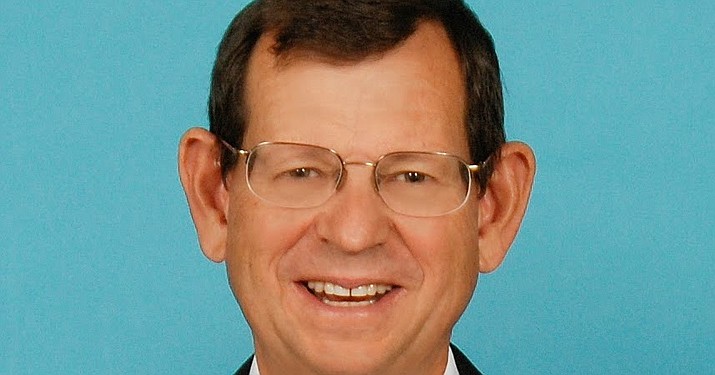 Voyles announced plans to retire from AZGFD, effective this summer.

PHOENIX — Arizona Game and Fish Department (AZGFD) Director Larry D. Voyles announced that he will retire from the state’s wildlife agency this summer.

Voyles, who first joined the Department as a wildlife manager in the Yuma region in 1974, will remain as director until his replacement is named by the Arizona Game and Fish Commission.

In a letter to Game and Fish employees, Voyles reflected on his nine years as director of the 600-person agency, saying “I was in the unique position of steering this mighty ship, and I did my best to encourage personal responsibility, scientific curiosity and innovation. These character traits, along with our core values of Credibility, Respect, Integrity and Passion are and always will be the foundation on which our Department is built.”

After a decade in the field as a wildlife manager, Voyles servedas the department’s first Law Enforcement Training Coordinator, then Regional Supervisor and ultimately director, which he has held since 2008. Voyles embraced technology to modernize the department, supported multiple-use of public lands.

“Director Voyles is a great leader and a true conservation visionary who has guided the Department into the 21st century,” said Game and Fish Commission Chairman Pat Madden. “Larry has strengthened the Department’s traditional role as the state’s wildlife authority while encouraging innovation and collaboration between conservationists and the community. His legacy will shine brightly for years to come.”

Game and Fish Commissioner Kurt R. Davis added, “Larry Voyles and the leadership team he assembled during his tenure have successfully built our nation’s leading wildlife agency. His devotion and dedication to managing more than 800 species of wildlife in Arizona sets an example for all conservationists. Larry can retire knowing his work in Arizona, and nationally, leaves an indelible mark on wildlife conservation that has helped ensure that our state’s wildlife will flourish for another generation.”

Voyles was elected to the presidency of the Association of Fish and Wildlife Agencies (AFWA) in 2014, and has served on a variety of national boards including the Council to Advance the Hunting and Shooting Sports, the Wildlife and Hunter Heritage Conservation Council, Co-Chair of the Agency/Industry Coalition, the US Sportsman Alliance Youth Program Advisory Council, and the Western Association of Fish and Wildlife Agencies. He sits on the Federal/State Joint Task Forces for ESA Implementation and for Federal Aid Administration.

A lifelong hunter, angler and wildlife enthusiast, Director Voyles has a B.S. in Wildlife Biology from Arizona State University (1974).