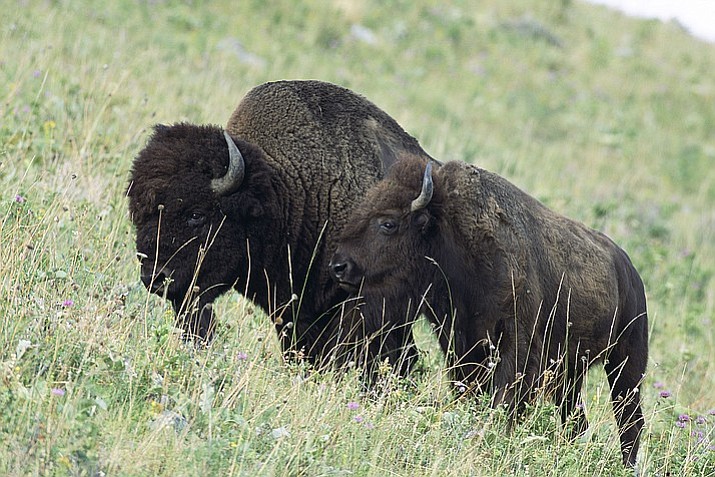 NPS is seeking public comments on plans to cull the North Rim bison herd at several may meetings.

The EA was prepared in collaboration with four other cooperating agencies, including the Arizona Game and Fish Department (AZGFD), the U.S. Forest Service (USFS), the Bureau of Land Management (BLM) and the Inter-Tribal Buffalo Council.

The bison on the park’s North Rim descended from animals brought to northern Arizona in 1906. In the 1990s, the bison herd, which roamed the House Rock Wildlife Area on the Kaibab National Forest since 1929 under AZGFD management, began venturing onto the North Rim of the park.  Most of the bison herd now spends a majority of its time inside the park.

Biologists estimate that since the early 1990s the herd has grown from approximately 100 bison to between 400 to 600 bison currently roaming the Kaibab Plateau. Estimates also show that this bison herd could grow to nearly 800 bison in the next three years and as large as 1,200 to 1,500 animals within 10 years if further management actions are not taken.

Given the current bison distribution, abundance and density, and the expected growth of this herd, the NPS is concerned about increased impacts on park resources, such as water, vegetation, soils and archaeological sites. Values such as visitor experience and wilderness character could also be adversely affected.

The purpose of the actions evaluated in this EA are twofold. The first aim is to quickly reduce bison population density in collaboration with other agencies with jurisdiction for bison management on the Kaibab Plateau. The second goal is to protect Grand Canyon National Park resources and values from the impacts of a steadily growing bison population.

Through the preferred alternative, the NPS, working together with cooperating agencies and partners, would reduce the bison herd to fewer than 200 animals using lethal culling with skilled volunteers, as well as non-lethal capture and removal methods. Given the size of the current bison population, the proposed herd reduction could be achievable over a period of three to five years and is consistent with recommendations for a herd size that would reduce or prevent impacts on park resources.

NPS is seeking the public’s thoughtful review and comments during the 30-day comment period, which concludes June 7. The EA is available on the NPS Planning, Environment and Public Comment (PEPC) website at: http://parkplanning.nps.gov/grca_bison.

Comments can be submitted either electronically on the PEPC website (the preferred method of receiving comments); via U.S. Postal Service at Grand Canyon National Park, PO Box 129, Attn: Bison Management Plan EA, Grand Canyon, AZ 86023; or at one of the in-person public meetings. Public comments will not be accepted during the web-based meeting; participants will be directed to the PEPC website to enter comments.