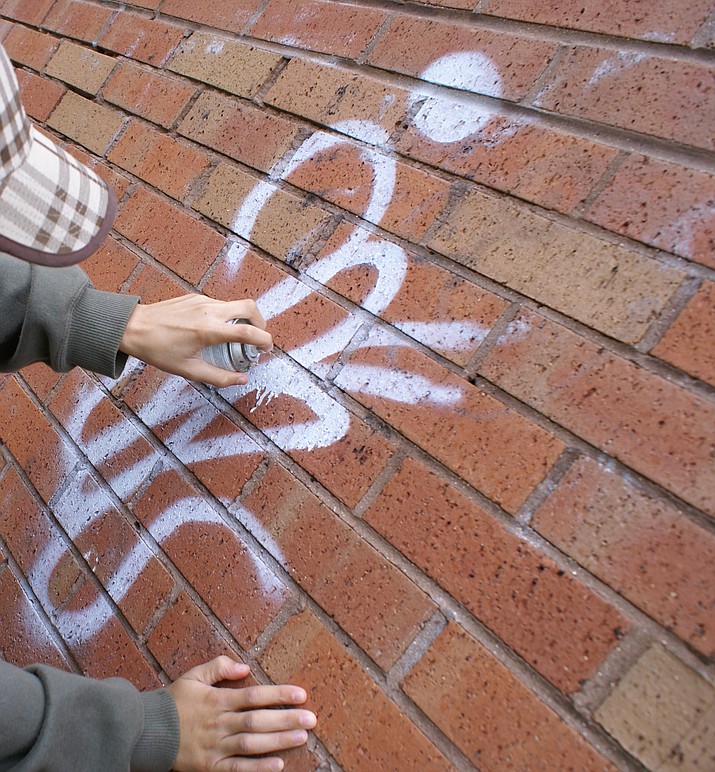 Vandalism on federal lands isn’t limited to hoodlums and miscreants these days, it’s becoming commonplace especially during the winter when few recreationists or employees are around, according to Fire Information Officer Bob Blasi with Kaibab National Forest.

Damaging a federal resource carries a fine of $5,000 and up to six months incarceration, plus the cost of repairing or replacing the damage.

Blasi said a recent trend of vandalism occurring at numerous Kaibab National Forest recreation sites on the Williams Ranger District has prompted a public service announcement in an attempt to curtail these unlawful activities.

Unsightly graffiti paint, physical structure damage, and theft are among the latest offenses identified at several recreational locations that are about to open for the summer season.

The most recent occurrence of vandalism was found at Dogtown Lake on the Kaibab, where vandals wrote vulgar words, smashed a door and stole tools.

“This kind of unruly activity makes it difficult to prepare our facilities for opening by the scheduled dates.” said recreation specialist Dutch Maatman.

Kaibab National Forest managers would like any witnesses of vandalism to not confront the vandals, but to contact local law enforcement.