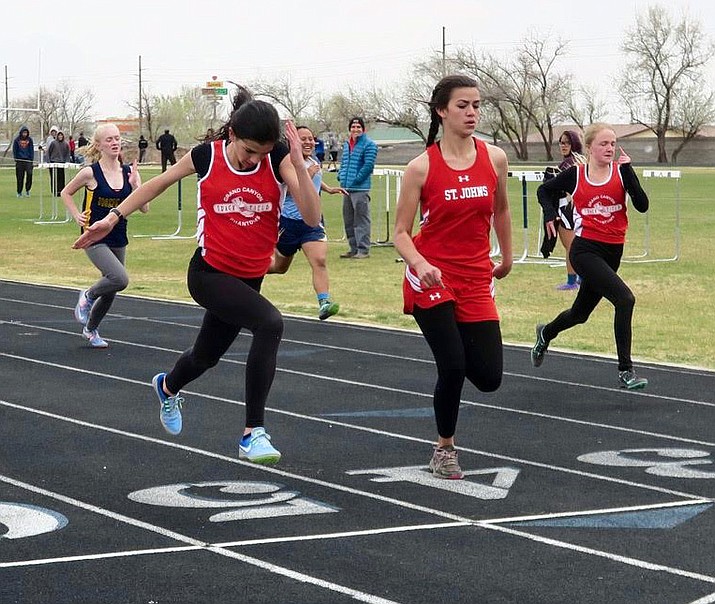 The Phantoms relay teams yet to learn if they have been accepted to state track meet in Mesa.

GRAND CANYON, Ariz. — After a season of ups, downs and squirrely weather, the Phantoms track and field team celebrated their final meet of the season in Snowflake, Arizona, April 26.

“There were some great successes and some hard losses,” said head track coach Elna Perkins.

Cale Wisher, who has been a strong distance runner the entire season, dropped his mile time under five minutes to 4:53.

“Overall, this season was a big success,” Perkins said. “As a team, we have learned more about our own capacity and how to rely on each other.”

Perkins said several athletes established times in new events and competed in events they had never entered before, often filling in on relay teams when needed.

All three of the girls relay teams set new school records, one of which had been standing since 1983. The 4x400 team was ranked 19th prior to the meet in Snowflake, so the team may still be in the running to go to the state meet, since the top 18 teams are accepted.

“It was a year of fast times all around the state, so we will just have to wait and see if our relay teams are accepted,” Perkins said.