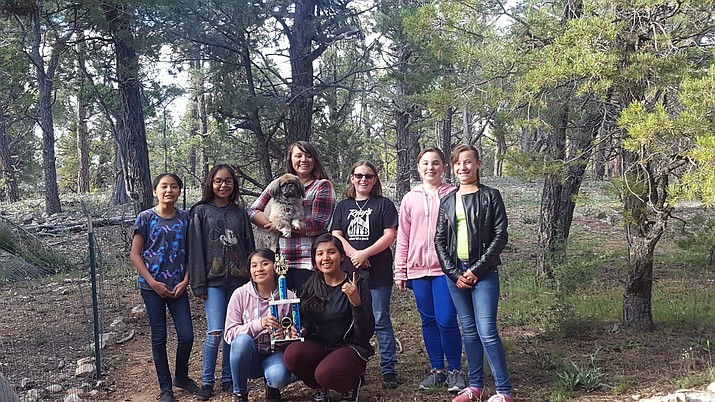 The A team, coached by high school head volleyball coach Gretchen Bilton, finished with an 8-2 record. The entire team will be moving on to high school next year, where they will have the opportunity to play for Bilton again.

Calley Scheller, who just arrived at Grand Canyon this year, was a force on the court with a great height advantage. Savannah Longhoma, who had never played volleyball before, had a lot of natural, all-around athleticism that helped her on the court, her coach said.

“We had 10 outstanding eighth-graders on the team,” Bilton said. “They worked hard each and every day at practice, and their dedication and determination lead them to a first place finish in the A team tournament.”

The B team, coached by high school volleyball assistant coach Leann Martinez, also cruised to a first place finish in the tournament. Martinez said two of her sixth graders in particular — Jasmine Longhoma and Anlylian Moquino — had an outstanding year and will continue to shine.

“Anlylian and Jasmine had never played volleyball before, so to see them stand up and kick butt was really great,” she said.