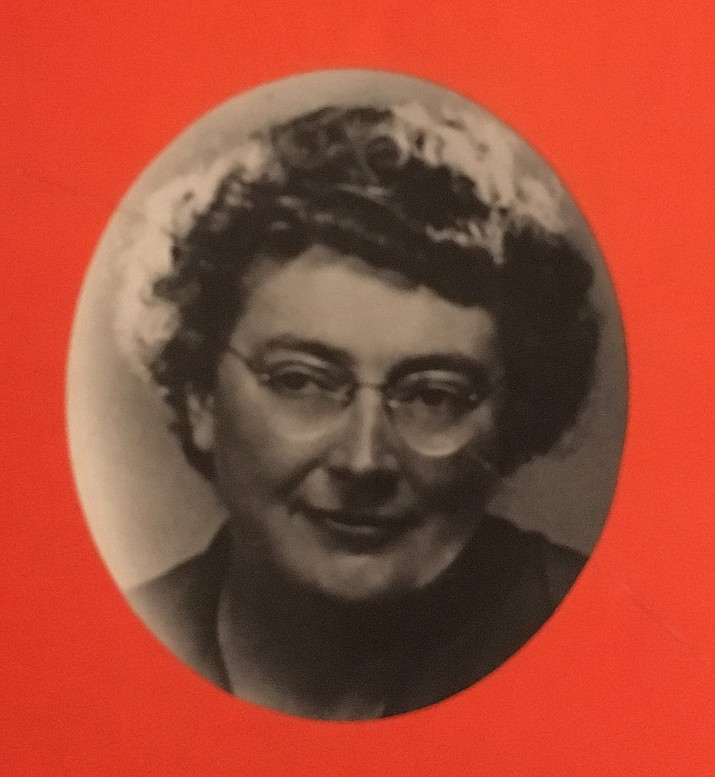 Bessie Kidd Best was the superintendent of schools for Coconino County from 1929 until her retirement in 1969. She was known as an advocate for improving education and facilities in rural schools and instrumental the formation of a library system for public schools.

Best oversaw education in the second largest county in the United States covering 18,623 square miles, which included the towns of Flagstaff (population 3,891) and Williams (population 2,166).

According to Elinor Kyte’s book, Unbeatable Bessie, Best was born in 1901 in Flagstaff when Arizona was still a Territory. Her mother died when Best was 10, and her father was a well-known probate judge in Flagstaff. Best came from a well-educated family and she received a teaching certificate, baccalaureate degree and master’s degree from what was then the Northern Arizona Normal School (now Northern Arizona University).

After she received her teaching certificate, Best was hired as a pre-first grade teacher in Winslow, Arizona. At the end of the year she was offered another school contract. However, during that time she married Hugh Best and her contract was automatically cancelled, as was the custom for married women during this time.

Rural schools found it difficult to find teachers so Best was able to take a position at a public school at Whiteriver on the Apache Indian reservation. She taught 40 children in grades one through eighth grade for several years before moving to Flagstaff.

When the Coconino County Superintendent of Schools opened up, friends encouraged Best to run for the position. She began campaigning from house to house in Flagstaff and Williams. Best eventually won the election and began overseeing 23 elementary schools. Two of these were the elementary schools in Williams and Flagstaff. There were two high schools, one in Flagstaff and one in Williams. The citys had local superintendents who oversaw those schools, however.

Best became known for her tenacity in reaching out to rural schools throughout the county. She logged thousands of miles visiting schools. Many of the rural schools Best visited were tiny one-room buildings of crude construction. Older ones, like the school at Grand Canyon Village, were made of logs. Many had poor lighting, few books, and were heated with a pot-bellied stove.

Schools usually had water hauled to them, except Maine Consolidated School in Parks, where water was piped in from a nearby stream.

Best took it upon herself to correct many school facilities that were deemed inadequate or unsafe. Best always credited teachers as the most important factor in the educational process and provided tremendous support for those in rural schools. She also worked hard to bring adequate learning materials to these schools.

Children at Lee’s Ferry were some of the most isolated students and Best often brought the students into Flagstaff to experience modern conveniences such as telephones, restaurants and trains.

Best was conscientious about the needs of bilingual students of which Coconino County had a high percentage. A 1935 school census lists 939 Mexican, 8 Chinese and 37 Indian students enrolled out of 2,847 total students in the county.

Four schools, Tuba city, Fredonia, Grand Canyon and Maine Consolidated were special to Best. She was a working member and respected participant of the small towns and communities they served and enjoyed the interaction with the children. Best said Maine school was one of the best rural schools in the county during that time.