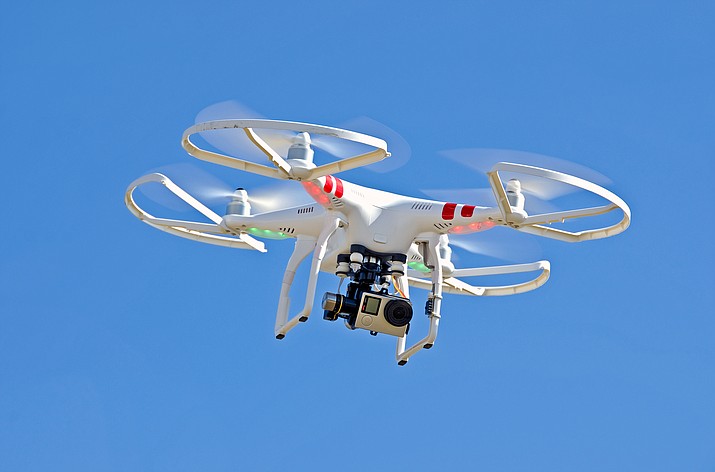 A human-caused grass wildfire was reported at around 2:30 p.m. March 17 northwest of the San Francisco Peaks.

Personnel from Coconino National Forest and Summit Fire Department responded and worked to protect specific structures that were threatened for a time.

A helicopter inbound to assist in firefighting efforts was temporarily delayed because of a drone flying in the area near the fire. Law enforcement tried to locate the drone pilot but were unsuccessful. Officials said members of the public, news media, film and video production companies, and others, should never fly a drone over or near a wildfire.

Unauthorized drone flights over or near a wildfire could cause serious injury or death to firefighters in the air and/or firefighters and members of the public on the ground. Firefighting aircraft - such as air attack aircraft, lead planes, airtankers and helicopters - typically fly in smoky, windy and turbulent conditions. Safety for response teams depend on knowing what other aircraft are operating in the airspace and where they are at all times.

The fire was contained March 18 after burning 228 acres. No highways or trails were closed. No evacuations occurred.

Several communication towers and equipment at the top of Saddle Mountain were threatened as the fire progressed north toward Saddle Mountain, but firefighters were able to halt the fire from progressing any further. Kendrick Cabin, a retired Forest Service fire guard station that is often rented by the public, was also threatened but firefighters were able to protect the structure.