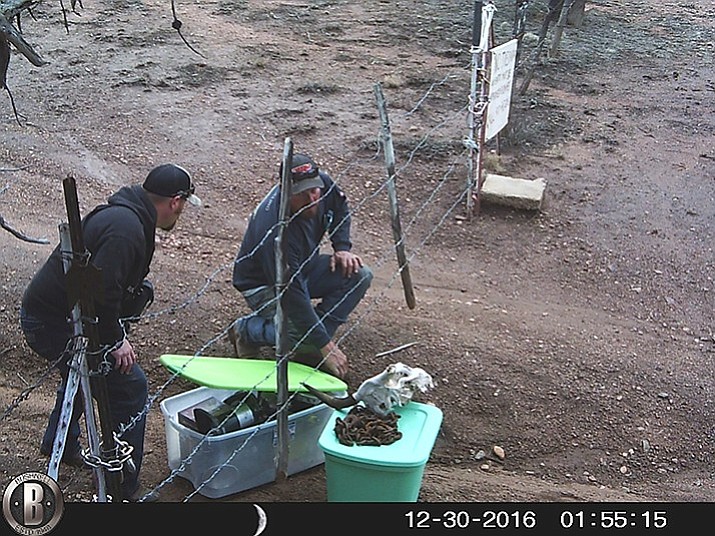 SELIGMAN, Ariz. — Two men were arrested and charged with burglarizing a cabin after they were allegedly caught on a nearby game camera, according to Yavapai County Sheriff’s spokesman Dwight D’Evelyn.

The owner of an unoccupied cabin on E. Fort Rock Road reported Feb. 12 that it had been burglarized Dec. 30, 2016, by three suspects.

With game cameras in the area, the property owner was able to identify two of the suspects, D’Evelyn said, but delayed calling law enforcement while he conducted his own investigation.

Once he did, a deputy learned that the suspects were Shawn Schmitt, 38, his 16-year-old son and a friend, James Hudson, 39, all from Prescott Valley, D‘Evelyn said.

Schmitt’s son also admitted he and his father were involved in the burglary, D’Evelyn said, and he will face juvenile charges.

Shawn Schmitt turned himself in Feb. 28 and was charged with burglary, theft and trespassing.

Both Schmitt and Hudson have been released pending court action.