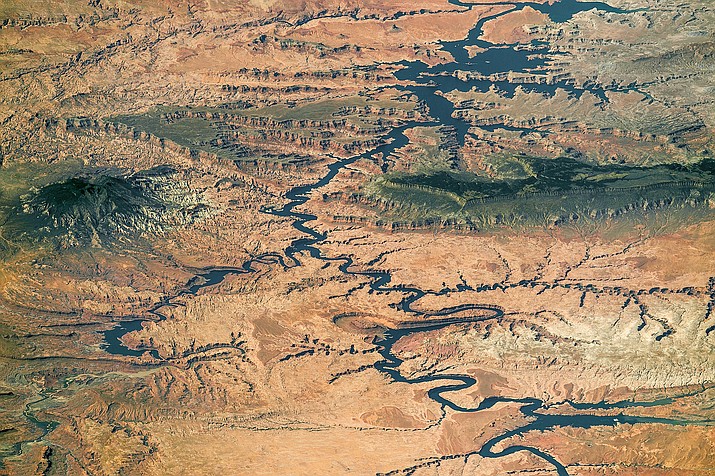 WASHINGTON — There are many factors behind declining Colorado River flows, but climate change plays a larger part than previously thought and the threat will continue to grow if global warming is not addressed, a recent report says.

The report by researchers at the University of Arizona and Colorado State University found that an unprecedented increase in temperatures has contributed to the nearly 20 percent decline in Colorado River flows that occurred from 2000 to 2014.

“We’re the first to make the case that warming alone could cause Colorado River flow declines of 30 percent by mid-century and over 50 percent by the end of the century if greenhouse gas emissions continue unabated,” said Jonathan Overpeck, director of the University of Arizona Institute of the Environment, in a statement.

A state water resources official said that climate change is one of the factors the state considers – but not the only one – as it works to address all aspects of flow decline in the watershed.

“Climate change studies have a pretty broad band of uncertainty and differing results,” said Thomas Buschatzke, the director of the Arizona Department of Water Resources. “Our challenge is to try to plan for the future in a way that

takes into account as broad a band of potential future outcomes as we can.”

Drew Beckwith, water policy manager for Western Resource Advocates, agreed that water authorities in the region are taking climate change seriously as a large problem to water resources and they are addressing it. But he questioned their ability to address the issue.

“I don’t have the pessimistic view that the water management community doesn’t know this is happening,” Beckwith said. “But the question is, are they doing enough to adapt to it?”

He said that water planning is largely based upon historical knowledge of “what used to happen” with precipitation and temperature, but said that model will not be sustainable moving forward.

The study by Overpeck and Bradley Udall of Colorado State University found that global warming accounted for anywhere from one-sixth to one-half of the decline in Colorado River flows. If temperatures continue to rise, flows will continue to decline, they reported.

The research blamed warm temperatures for a flow reduction of at least a half-million acre-feet since 2000, about the amount of water that would be used by 2 million people in one year. During the same period, their report said, the overall decline in Colorado River flow was about 2.9 million acre-feet of water.

Udall said the study provides a “sobering look at the future” of the river, adding that “the future of the Colorado River is far less rosy than other recent assessments have portrayed.”

“A clear message to water managers is they need to plan for significantly lower river flows,” he said, adding that current planning does not adequately address climate change.

The researchers said they wanted to provide water managers with insight on how future projections of temperature for the Colorado River Basin would affect the river’s flow.

“My goal is to help water managers to incorporate this information into their long-term planning efforts,” Udall said.

Buschatzke said state officials work to address all the various contributors to the decrease of flows on the Colorado River, including the structural deficit – more water being withdrawn than is being replaced – the record drought and climate change.

“Sometimes people on the outside looking in see the states as working on something in a defined box, but really we are working on this stuff all the time, it is a continuum,” Buschatzke said.

“It’s great that the science is evolving, but again what we’re looking at is kind of the whole reduction in flow that we’re seeing this recent drought period, not just the component that might be attributable to climate change,” he said.