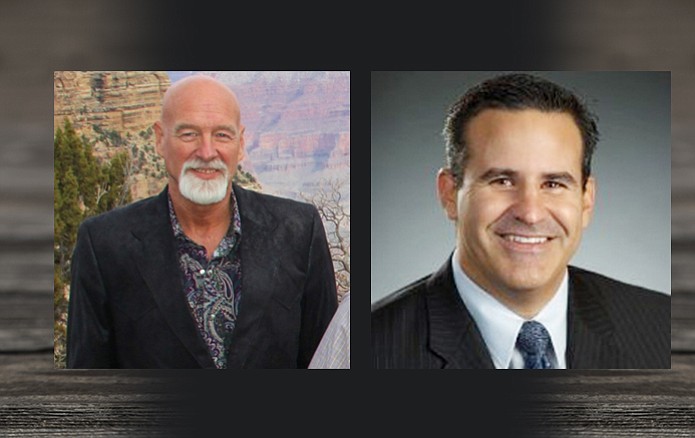 TUSAYAN, Ariz. — John Rueter has resigned from the Tusayan Town Council, effective Feb. 21. His resignation was unanimously accepted by the council at its regular March 1 meeting. Council rules state the seat vacated by Rueter must be filled within 60 days, either by nomination, election or appointment.

In a letter to the council, Rueter thanked council members for the opportunity to work with them. Reuter has served as council member, vice mayor and mayor for the town, and has been involved with its governance since before the town incorporated in 2010.

“It has been an honor to participate in the founding and building of the town of Tusayan,” he said. “I believe the council’s goals for the coming year and future are well thought out and much work lies ahead.”

Rueter said seeing the council sustain itself and others coming forward gave him faith that the council will continue to work toward goals and ideas put forth a decade ago.

He also asked the council to make the sports complex a priority, stating that it will be an investment in the community’s youth now and in the future.

Rueter resigned from the council to make time for some things he has been putting off while dedicating himself to serving on the council.

“At this time, I am choosing to focus on personal and business goals,” Rueter said. “I also plan on getting better at playing the steel guitar!”

Mayor Craig Sanderson said the council will miss Rueter’s drive and commitment to the council.

“He served this community,” Sanderson said. “His expertise in this field was an essential part of what we do here.”

In nominating Chavez, Montoya said he didn’t want to draw out the process, instead relying on what voters determined last year.

“I looked at the election results and I’m going by what the people have said,” Montoya said.

Montoya also explained that public safety was at the forefront of the council’s agenda, and asked Chavez if he was ready to support that goal.

“I have been here for over two years now, and I want to see the best for this community,” Chavez said. “Public safety is of the utmost importance.”

The motion to appoint Chavez passed unanimously. Chavez will occupy the seat for the remainder of the term —the seat will be open for re-election in 2018.