Fourth of July events get green light despite fire restrictions 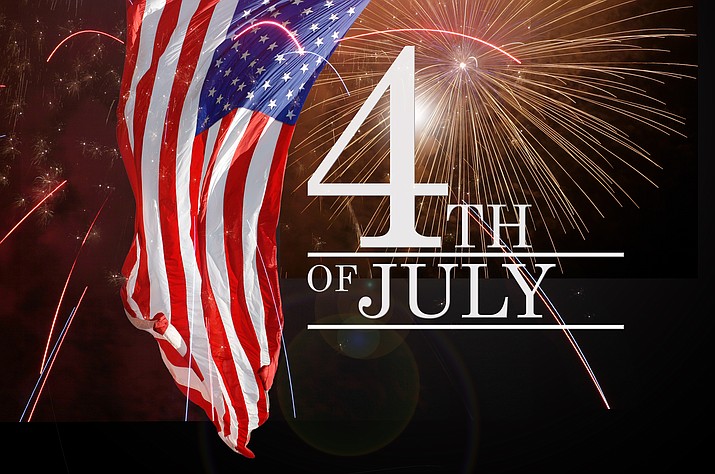 The city of Williams is hopeful conditions will be favorable for the return of fireworks to Williams this Fourth of July.

Although Coconino County and Kaibab National Forest are under fire restrictions, the city of Williams is hopeful conditions will be favorable for the return of fireworks to Williams this Fourth of July.

City officials and volunteers are planning for a fireworks display, but weather conditions, fuels moisture and winds could alter that plan.

The city of Williams does not currently have any fire restrictions.

“The Forest Service has been very supportive and is helping lay out a plan,” Moede said.

After a hiatus of 10 years, city officials and community volunteers are eager to once again provide a fireworks display as well as other activities over the Fourth.

The city has not had a Fourth of July fireworks display since 2007, when dry conditions resulted in a small fire. During that 2007 incident, fireworks were launched near the city’s waste water treatment plant and within five minutes of the beginning of the show, five spots fires were ignited in the Flat Rock area.

Moede said there have been several meetings with stakeholders interested in the Fourth of July festivities.

“It has been fascinating, we have someone representing the business owners, the Forest Service and the city,” Moede said. “We’re treating this like a prescribed burn, we went to the Forest Service for their guidance on all this. They have been right here, they’ve never turned us down. Their fuels specialist has been very helpful.”

Moede said the Weather Service will be in Williams prior to the Fourth of July to get a spot forecast to help make the decision about the fireworks.

“Sherwood Forest, Ponderosa, Junipine and High Country have all dedicated apparatus and people for the event,” Moede said about the outlying fire departments.

Moede said the fire department has also been working with Williams Police and Arizona Department of Transportation regarding the expected crowds.

“We’re concerned about I-40 being impacted and Route 66,” he said. “People are talking about thousands of people being here.”

Until 2007, Fourth of July fireworks and festivities in Williams were very popular with locals and tourists escaping the heat of southern Arizona.

To help plan for the holiday ahead, here’s a calendar of events:

Hee-Haw Opry Show: A fundraiser for Habitat for Humanity. 5:30 p.m. Babbitt-Polson Community Stage, 200 W. Railroad Ave. Cost is $5 for kids and seniors, $8 for adults and $15 for families.

Antique Tractor Show: Antique tractors will be on display between Second Street and Grant Avenue, Williams throughout the weekend. They will participate in the parade July 4.

Fireworks Show: 9 p.m. Downtown Williams. The fireworks will be visible from most areas in the city.

Mayor John Moore said parking will be available on the city streets, the Visitor Center parking lot and the rodeo grounds.

“There might be parking on the lot across from the rodeo grounds as well,” Moore said. “But there won’t be parking allowed downtown from First to Fourth Streets after 4 p.m. for the parade.”