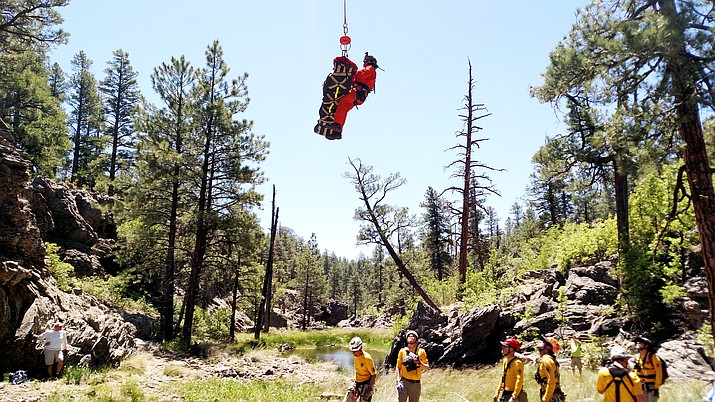 The man had been hiking with two other individuals and possibly fell while attempting a photograph.

Friends of the man utilized a satellite phone with an emergency locator beacon to summon help.

Sheriff’s Office personnel and EMS personnel located the patient who was suffering from serious traumatic injuries. Due to the injuries and the location of the incident, a short haul rescue was performed and the subject was then transported to a waiting air ambulance.

The short haul rescue involved connecting the patient and a rescuer tied to a rope suspended 150 feet below the helicopter and then flying a short distance to an area suitable for transferring the patient to another helicopter for transport to the hospital. The patient, a 47 year-old male from Phoenix, was transported to Flagstaff Medical Center with serious injuries.

Flagstaff Department of Public Safety performed the short-haul with Guardian Air transporting the patient to the hospital.