Series of burglaries in Seligman under investigation 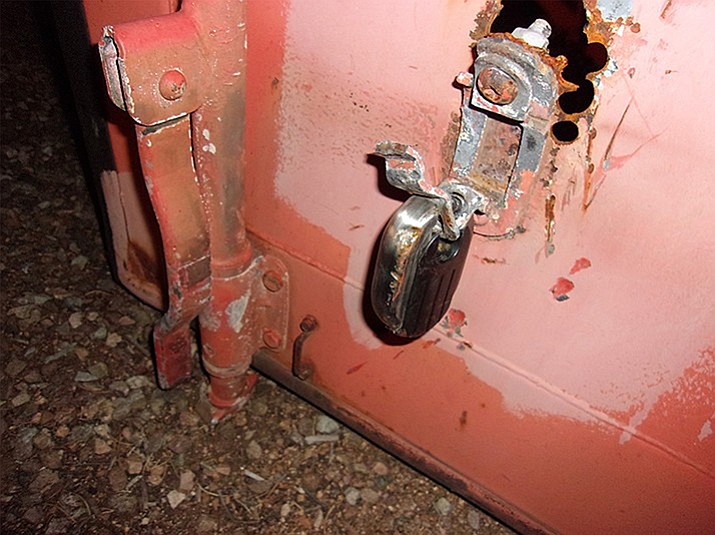 This lock and latch that was cut and pried open on a Conex box in the Seligman area. Authorities are seeking information in the string of five burglaries.

The burglaries happened during the month of May, according to Yavapai County Sheriff’s Office (YCSO) spokesman Dwight D’Evelyn.

The houses have been attractive targets for thieves because they are not occupied full-time and are located on remote parcels off Interstate 40.

He added that it appears that the suspects used a grinding tool to cut through the locking mechanisms on the Conex boxes.

D’Evelyn suggests homeowners install motion-activated game cameras to record any action generated by burglars who might try to strike while they are on vacation.

He also said residents should consider storing valuables off-site if they plan to be away for an extended period.