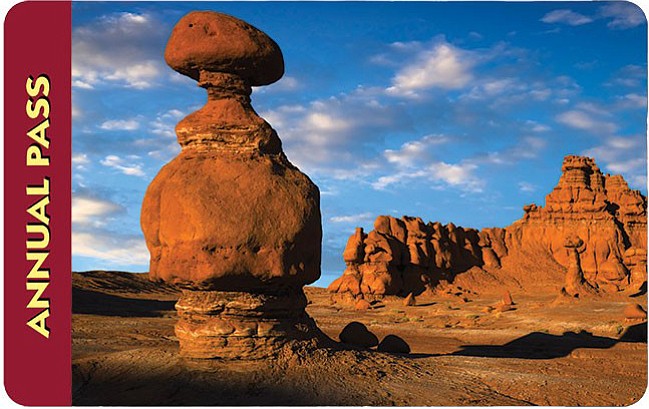 The federal interagency America the Beautiful senior lifetime pass will increase to $80 this fall.

Up until now, older Americans have been able to access more than 84 million acres of federal land protected by the National Park Service (NPS) for only $10, but that will soon be changing.

The lifetime Interagency Senior Pass, previously known as the Golden Age Passport, will be eight times more expensive soon — costing $80 for Americans who are older than 62. And while the federal governiment is uncertain when the price surge will take effect, the beginning of summer is a good opportunity to remind older Americans to purchase their passes before the price goes up.

The agency offers a variety of passes for Americans to enter the 137 sites that charge for admission. Smaller parks have lower entrance fees, but larger parks, such as the Grand Canyon, charge $30 a carload for a seven-day pass.

The Senior Pass is a lifetime pass for U.S. citizens or permanent residents age 62 or over. This pass provides access to not only NPS sites, but can be used on most federal recreation sites that charge an entrance fee, including Bureau of Land Management, U.S. Forest Service and U.S Fish and Wildlife Service lands. The pass admits the pass holder and passengers in a non-commercial vehicle.

Despite the price increase coming soon for seniors, the lifetime access to parks and other federal lands around the country is still a steal, according to an NPS spokeswoman.

“We don’t know whether we’ll get any pushback. [The higher fee] is still a great deal,” said NPS spokeswoman Kathy Kupper.

The increased cost for the Senior Pass was part of the National Park Service Centennial Act passed by Congress in December 2016.

The bill, signed into law by President Barrack Obama Dec. 16, was inspired by the same spirit of celebration that marked the 100-year anniversary of the NPS throughout 2016.

Among its provisions, the bill establishes and funds a national parks endowment, expands the Centennial Challenge (a public-private funding partnership), and provides new educational programs for young people and expanded opportunities for volunteers.

NPS supporters are hopeful the act will address — though certainly not solve — the estimated $12 billion maintenance backlog the NPS says is the biggest threat parks face in their second century.

The increase from $10 to $80 is steep, but a lifetime pass includes entrance to all national parks, monuments and wildlife refuges and covers amenity fees such as charges for picnic tables, toilets, trash, parking, etc. Passholders are also allowed a 50 percent discount on campground fees.

The Senior Pass is available at most Coconino and Kaibab National Forest district offices, and Grand Canyon National Park.

Federal lands lifetime senior pass to increase by end of 2017
Entrance fee could increase to $70 at Grand Canyon
Council opposes NPS control of Route 66
Shutdown 101: What to expect from Grand Canyon when the government shuts down
Guests Column: Steps are being taken to ensure parks are protected, with limited basic services