Out of nowhere: Flash floods strike with deadly ending 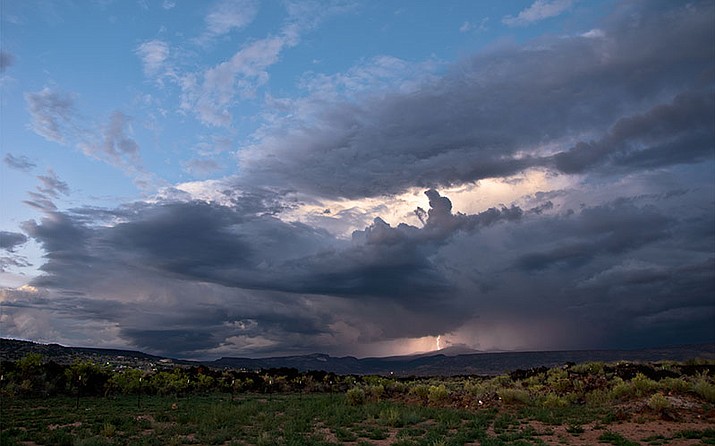 Sgt. David Hornung, of the Gila County Sheriff’s Office, said it is up to the people to keep an eye on the weather around them and upstream.

Flash floods are second only to heat as a weather-related killer in Arizona, said meteorologist Daniel Henz of Maricopa County’s Flood Control District. Nine swimmers died and a 10th is missing after a flash flood July 15 near Payson.

Family and friends were gathered near a swimming hole in the Tonto National Forest when water and debris swept into the canyon. There was no time to react, said Arizona State Climatologist Nancy Selover.

“It’s just a really sad thing,” Selover said. “People are out enjoying the stream and the creek and everything. And they were caught by surprise.”

What makes flash floods so dangerous is their stealth.

“You may be hanging out in the bottom of a slot canyon,” Henz said. “It doesn’t have to be raining where you are. The rain can be falling five, ten, fifteen, thirty, fifty miles north of you or east of you. That water will slowly make its way, potentially, down to where you are.”

When the waves reach you everything happens fast, he said.

“There’s lots of variability,” added Henz. “There’s no set place that will guarantee flooding or that will not have flooding at any given time.”

Sgt. David Hornung, of the Gila County Sheriff’s Office, said the family swept away by the flood at Cold Springs swimming hole most likely missed cellphone warnings from the National Weather Service because they had no reception in the area.

Experts said there are some things people can do to reduce the risk of encountering a flash flood.

Hornung recommended that people planning to camp or hike near creeks, rivers and washes during the monsoon season should check the weather before leaving home. While there, keep an eye on dense clouds or rain, even if it’s miles away, that could foretell the presence of an impending flood.

“If you’re out there, and you’re in an isolated area, it’s kind of up to you to keep an eye on the weather not only around you but upstream of you,” he said.

He said flash floods occur most frequently in summer and can occur daily during the monsoon season. But flash floods are possible year round, even taking place during Arizona’s more temperate winters.

“Unfortunately, most of the places that tend to be at risk for flash floods tend to be places where people from Phoenix want to go in the summer,” Selover said. “There are places in the higher elevations, where it’s cooler — Payson, Prescott, all of the places around the Grand Canyon where you have some significant terrain changes and in Tucson around Mount Lemmon.”

“They already saw the water and then they drove through it. Okay, that’s probably not going to have a good ending.”