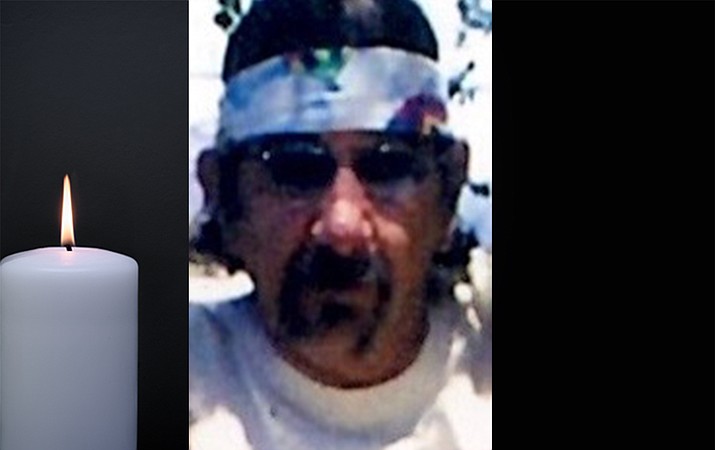 Frank Aguilar passed away on July 16, 2017 in Williams, Arizona

He was born on May 24, 1957 in Williams, Arizona to Isabel and Fidencio Aguilar. He is survived by his two daughters Audra and Jamee Heise and two granddaughters from South Carolina, his brothers Danny and Eddie from Williams, Alfred from Texas and his sisters Susan Robles from Phoenix, Eusebia Otero from Prescott Valley, Priscilla Horne from Utah, plus plenty of nieces and nephews. The services were held on July 21 at the Catholic Church and the reception was held at the American legion. The family would like to say thank you for all the food and support they received.