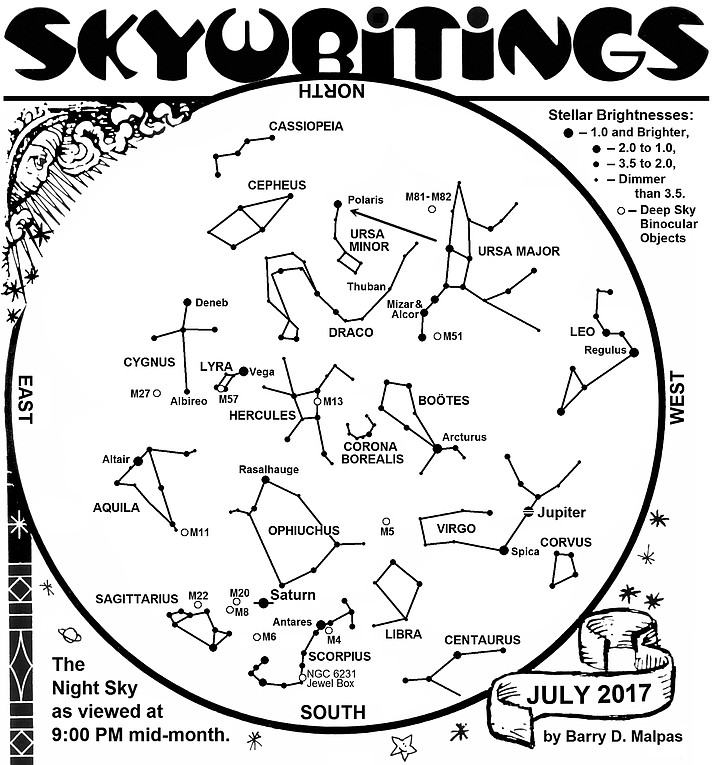 Johannes Hevelius (Jan. 28, 1611 — Jan. 28, 1687) was born in Danzig, which at the time was part of the Polish-Lithuanian Commonwealth. His family name in Polish was Heweliusz, and in German was Hevel. However, he is best remembered by the Latinized form, Hevelius. As a young boy, Johannes grew up speaking both German and Polish. His parents were wealthy beer brewing merchants, a business which Johannes continued, although he was educated as a lawyer in Leiden. In the early 1630s, he travelled to both England and France. Throughout his life, Johannes took a leading part in Danzig’s municipal government, becoming town councilor in 1651.

In 1639, at the age of 28, he became interested in astronomy, at the time a science which was almost entirely made up of well-to-do amateurs. Two years later, he constructed an observing platform, which spanned the roofs of three buildings he owned, equipping the facility with several telescopes that he constructed himself, the largest of which was of Kepler’s design, having an objective glass of 4.7 inches and a focal length of 150 feet, with the tube made of wood and wire. He named his observatory “Sternenburg” meaning Star Castle.

As an astronomer, he gained a reputation as the founder of lunar topography, having observed and drawn the lunar terrain for over four years, as well as describing 10 new constellations, of which seven are still recognized: Scutum, Sextans, Lacerta, Velpecula, Canes Venatici, Leo Minor and Lynx. He discovered four comets (in 1652, 1661, 1672 and 1677), which led to his hypothesis that comets revolve around the sun in parabolic orbits. He also observed the periodicity of the variable star Mira. Though he was an avid telescope observer, Johannes still used quadrants to determine stellar positions and is considered the last astronomer to do major work without the use of a telescope. He made observations of sunspots from 1642 to 1645, discovered the moon’s libration (the wobble back and forth of the moon as viewed from Earth, allowing an observer to see about 59 percent of the lunar surface) publishing his results in his Selenographia, Sive Lunae Descriptio in 1647, for which he is often described as the founder of lunar topography.

Hevelius married twice. His first wife, Katharine Rebeschke (1613–62), belonged to a family of brewers, just like her husband. Two years younger than he, she proved a skillful manager of their brewery, allowing him the availability to devote his time to astronomy. After Katharine died in 1662 he married the daughter of a family friend. Like his first wife, Elisabetha Catherina Koopmann sometimes Corpman, was from a rich merchant family. However, unlike her predecessor, she too had a keen interest in astronomy. It was her fascination for astronomy, which led Elisabetha, when still only a child, to approach Johannes Hevelius, an astronomer of international repute who owned, at the time, the best observatory in the world. The marriage of the 16 year-old to 52 year-old Hevelius allowed her to pursue her own interests by helping him manage his observatory. At the time it was relatively unheard of, as well as disapproved of, by most people for a woman to be involved in scientific endeavors. However, being of the upper class, Elisabetha was well educated and spoke several languages including Latin.

Their observatory, instruments and books were destroyed in a fire in 1679, which Hevelius described in the preface to his Annus Climactericus in 1685. He immediately rebuilt and repaired the damage, which enabled him to observe the great comet of December 1680. He named the constellation Sextans in memory of his lost instrumentation.

In late 1683, in commemoration of the victory of the forces led by Polish King John III Sobieski at the Battle of Vienna, Johannes named the constellation Scutum (Shield), first published in his star atlas Firmamentum Sobiescianum, printing it in his own house at great expense, and providing many of the engraved plates himself.

After the death of Johannes in 1687, and with support from King Sobieski, Elisabetha published the Prodromus Astronomiae in 1690, which consisted of three separate parts: a preface (Prodromus), a catalog of 1,564 stars with their celestial positions (Catalogus Stellarum), and an atlas of constellations (Firmamentum Sobiescianum, sive Uranographia), which consisted of 54 double-page plates of 73 constellations including 12 new constellations. Because of her observations, publishing, and support in her husband’s work, Elisabetha is considered one of the first female astronomers after the Renaissance and is often called “the mother of moon charts.”