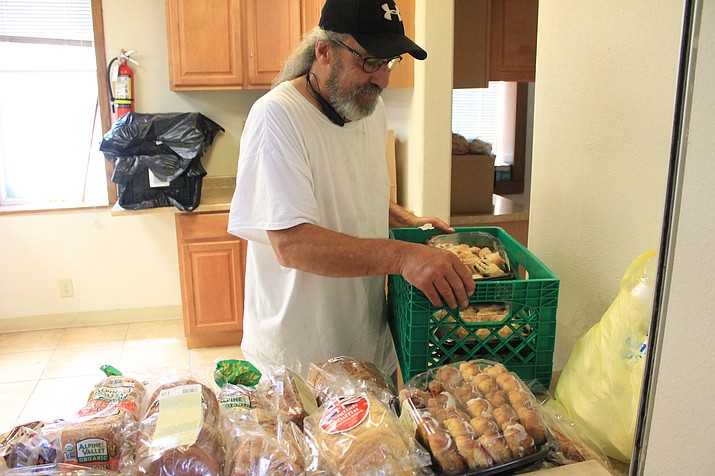 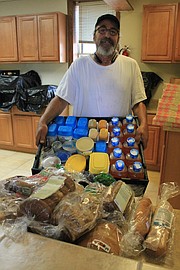 When the Williams Food Bank closed in April, after 13 years in operation, the 250 families served each month were left in limbo.

Many of these families routinely stopped by the food bank every Friday to receive a cart load of groceries to help them make it through the week. The organization gave away over 380,000 pounds of meat, produce, dairy products, canned goods and dry goods to local families in need each year.

Local residents knew of the importance the food bank had on the community, and it didn’t take long for them to take action.

The new Williams Food Pantry and More opened its doors on Third and Grant Streets in early June and has already seen the return of many of those families.

“We just saw this need and instead of saying ‘somebody should do it’, we said ‘Let’s do it,’” said Deb Hoag, one of the organizers of the new food pantry.

Hoag said her husband, Chuck, was the driving force in restoring a food pantry to Williams. She said the couple’s first step was finding a location to house the operation.

“We approached the Guidance Center, which had a vacant area and they gave us an offer we couldn’t refuse,” Hoag said.

The Guidance Center is allowing the food pantry to use the building on Third and Grant Streets free of charge.

“We basically have to pay the cost of the electricity we use,” she said.

The Hoag’s next step was to reestablish relationships with food donors throughout the Williams and Flagstaff communities.

“Everybody’s been so supportive and happy that there’s a food pantry coming back in Williams,” Hoag said. “They were eager to reestablish the relationship with Williams that they had with Guy.”

Guy Mikkelsen was the former food bank director who retired in April.

The food pantry will have a variety of food depending on the donations.

“We just picked up another freezer today, we’re still getting organized,” Hoag said. “We are working on what is the best flow for where dairy and bread and such will go.”

Hoag said anyone in need in the local communities is welcome to come to the food pantry. She said the system will be similar to the original food bank, but the layout will be different.

“We will set out racks of bread and they can pick other items from the kitchen that we’ve received,” Hoag said. “We want to give them as much of a choice as possible.”

“It serves the local community and we probably have a lot of the same clients,” she said.

Hoag said the hours and days of operation are flexible, but currently the food pantry is open to clients from 1 - 4 p.m. on Fridays.

“We have started a Facebook page and we will post changes there,” she said. “In the future we may do Wednesday, Friday and Saturday. If we get a large distribution, we may open other days.”

The Williams Food Pantry and More is located at 220 W. Grant Ave.,S Williams.