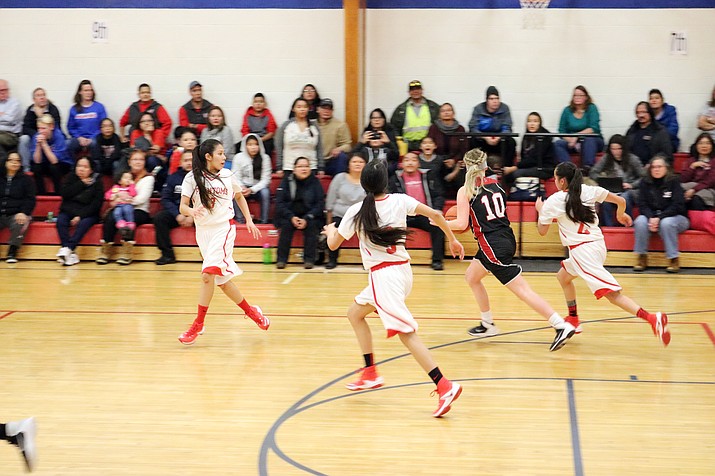 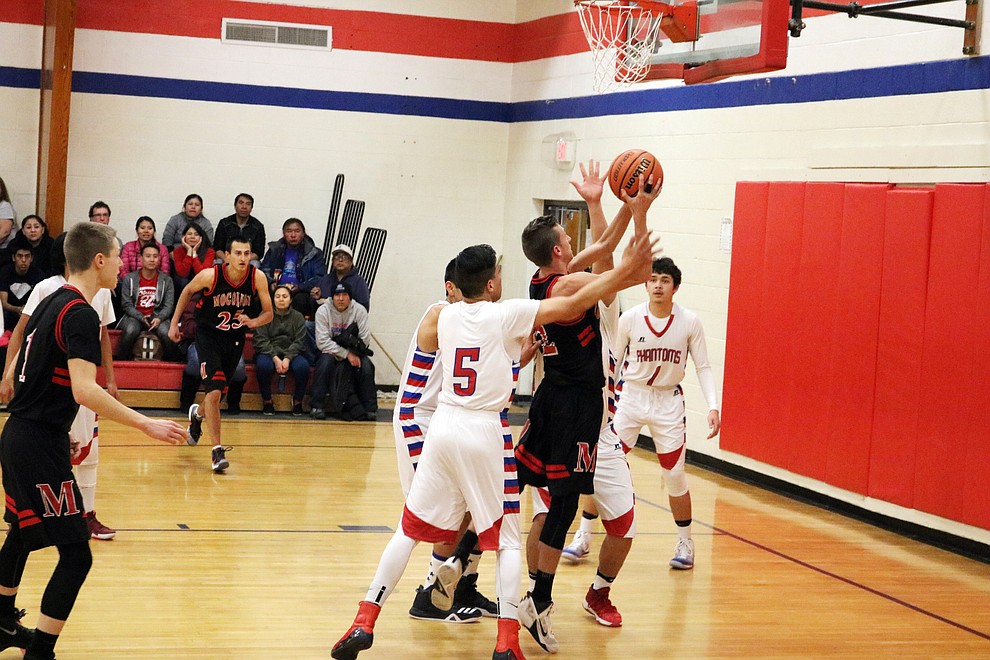 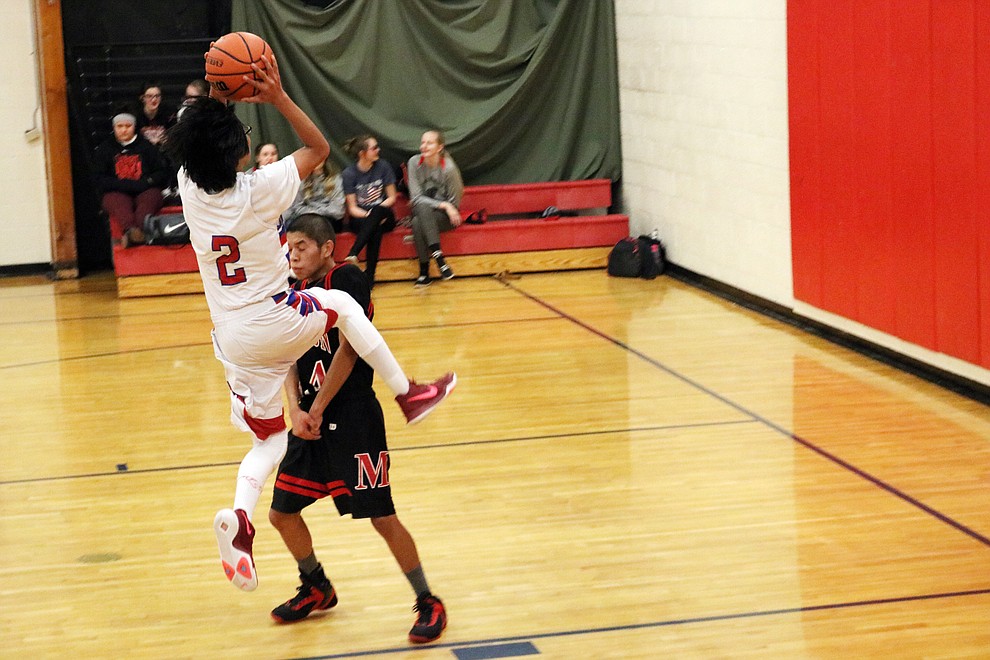 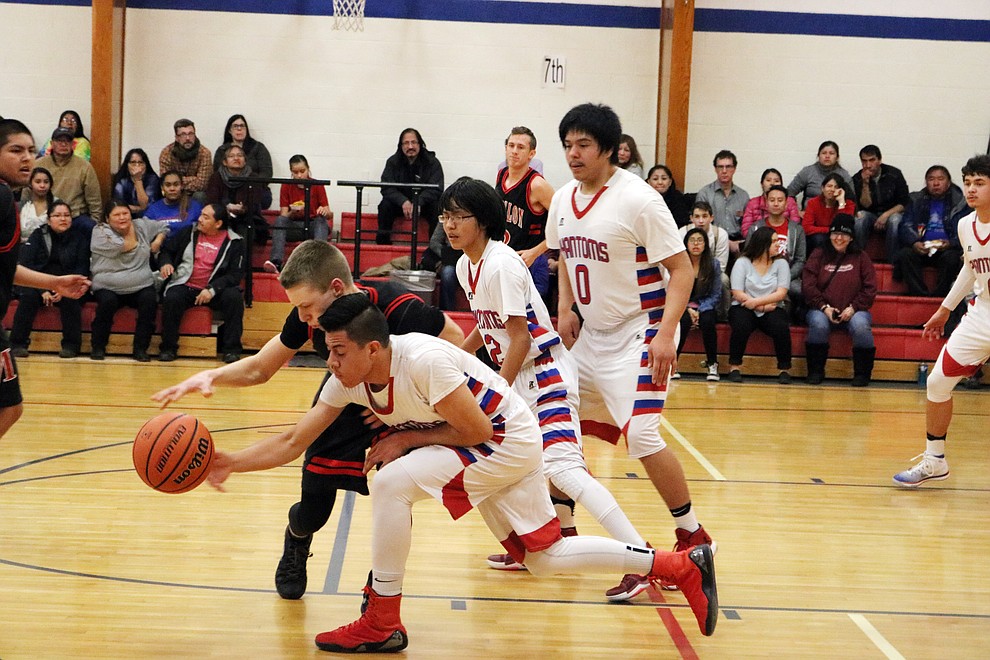 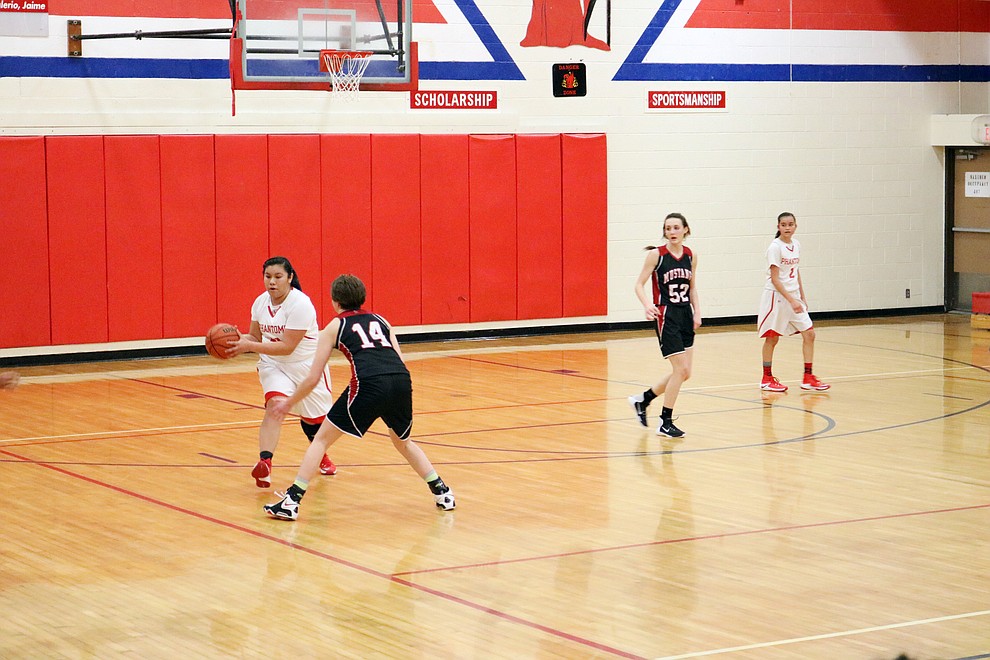 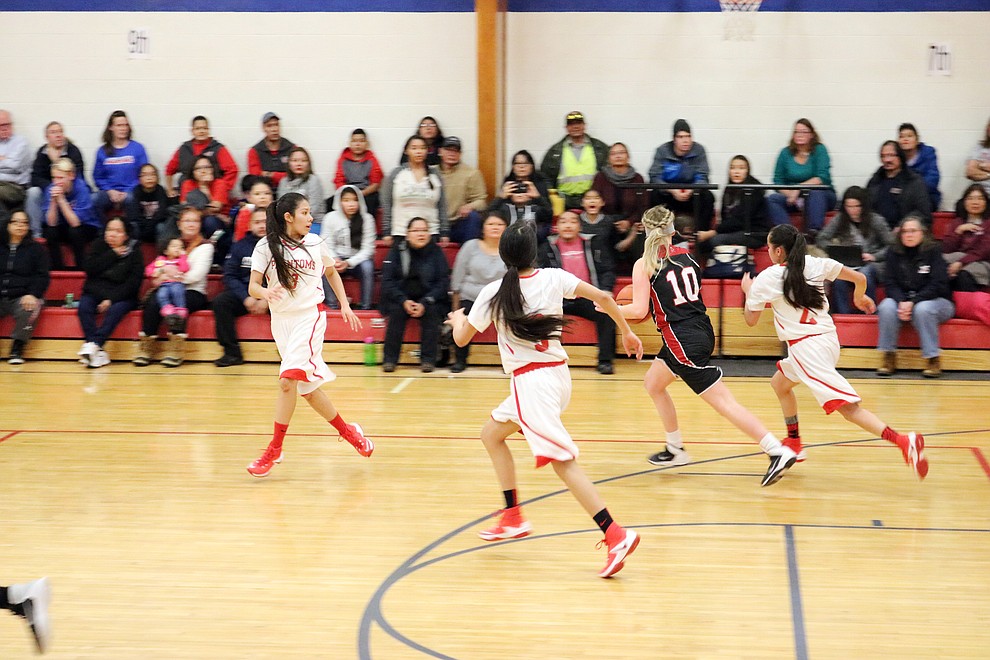 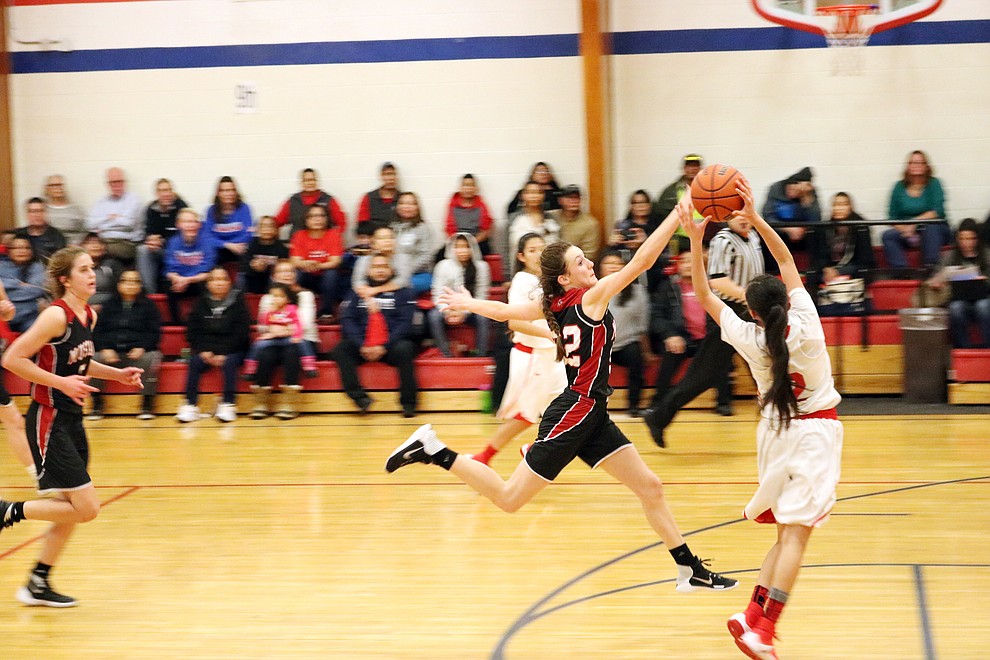 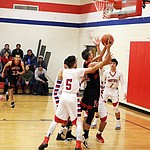 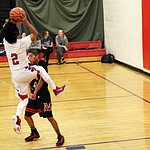 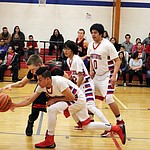 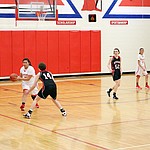 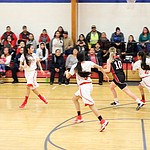 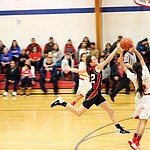 GRAND CANYON, Ariz. — The Lady Phantoms were looking to put an exclamation point at the end of an exciting, whirlwind season in their homecoming game against Mogollon Jan. 27. They came up short by just 11 points, as Mogollon defeated the team 44-33 to hang on to the number one seed in the AIA 1A central region.

After besting Cibecue, the Mustangs were the last challenge standing in the way of the Lady Phantoms on their way to the regional tournament. The Phantoms play Shonto Prep (0-14) and Seligman (0-11) to round out the regular season.

The Phantoms are still seeded third heading into the regional tournament with a record of 8-3. They will likely face sixth-seeded Mayer (3-7).

The boys team matched the girls’ points but also lost to Mogollon 55-33. The team has faced challenges from the beginning, but head coach David Perkins said earlier in the season that the team would focus on building fundamentals and working with some of the inexperienced players. The boys team is 2-12 on the season, with both victories coming over the Mayer Wildcats.