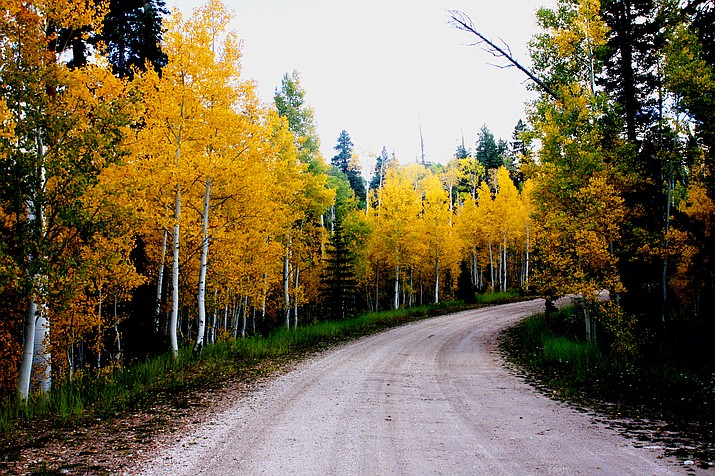 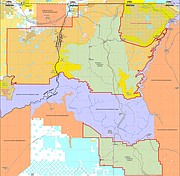 The above map details the planned Greater Grand Canyon Heritage National Monument, reintroduced by Rep. Raul Grijalva. The new legislation is similar in size and scope to the legislation introduced by Grijalva last year. Areas outlined in red represent land under consideration for monument designation.

TUSAYAN, Ariz. — Just before his last week in office, President Barack Obama’s staff told Rep. Raul Grijalva (D-AZ) that he would not be designating the Grand Canyon Heritage National Monument under the Antiquities Act before leaving office.

The resounding sigh — signaling relief for some and disappointment for others — has sent ripples through the communities of Tusayan, Grand Canyon and beyond. Environmental protection groups, politicians, Native American tribes and residents and business owners as far away as Flagstaff, Williams and even the Valley have had their say.

“I can only express my profound disappointment,” Grijalva said. “The Grand Canyon is one of the world’s most iconic and popular natural places, not just for its beauty but for its importance to tribal culture and history.”

Representatives of regional Native American tribes also gave voice to their disappointment at the lack of action, with tribal chairpersons and presidents expressing the fear that a new president and interior secretary could dismantle the mineral withdrawal (mining ban) of more than a million acres around Grand Canyon that was put in place by the Obama Administration. Repeal of that ban is now under consideration by the Ninth Circuit Court of Appeals, although a formal decision is not expected for months.

“We are disappointed to hear the news that the Greater Grand Canyon Heritage National Monument designation was not granted,” said Navajo Nation Vice President Jonathan Nez. “For the Navajo Nation, we are still surviving the debilitating effects of uranium extraction on our tribal lands and vast sections of our nation are contaminated from more than five hundred abandoned uranium mines.”

Uranium mining surrounding the Grand Canyon has been the underpinning of legislation introduced by Grijalva to designate 1.7 million acres as the Grand Canyon Heritage National Monument. Such a designation would permanently disallow uranium extraction on the lands, as opposed to the current ban, which only prohibits new uranium mining claims for a period of 20 years (until 2032). Previously-established mines, like Canyon Uranium Mine about six miles southeast of Tusayan, are exempt from the ban.

The Havasupai Tribe, along with the Grand Canyon Trust and other support groups, has filed suit, also in the Ninth Circuit Court of Appeals, to force the U.S. Forest Service to obtain new environmental reports and plans of operation from Canyon Uranium Mine’s operators, the Canadian Energy Fuels, Inc. A favorable judgment by the Ninth Circuit would also require the USFS to enter into a formal dialogue with the tribe addressing damages to sacred tribal lands and how to lower or eliminate the mine’s impact on them.

“The Havasupai people are on the verge of human extinction due to massive uranium development on the rims of the Grand Canyon,” said Havasupai Councilwoman Carletta Tilousi. “As the original people of this country, we (Native Americans) are the most targeted by international mining companies who come into our territories and contaminate our waters and homes.”

The effects of energy operations on water rights was thrust to the forefront at the end of 2016 as members of the Standing Rock Sioux tribe of North Dakota and many supporters, both Native and non-Native, protested development of the Dakota Access Pipeline (DAPL). The U.S. Army Corps of Engineers determined that DAPL could permanently harm the tribe’s water supply and sacred tribal lands, many Native Americans who live in and around the Grand Canyon are hoping for a similar result. Evidence of radioactive contamination has been documented by the U.S. Geological Survey in 15 of the Grand Canyon’s springs, which feed the area’s rivers and seeps, and by extension, the Havasupai, Navajo and Hopi water supply.

Tribes and conservation groups like Grand Canyon Trust aren’t the only ones concerned about the proliferation of uranium mining around the national park.

Craig Sanderson, mayor of Tusayan, said that while the town was opposed to the establishment of the national monument, it continues to be very concerned about the effects increased uranium mining could have on the Canyon, the community and even the surrounding area.

“Obviously, we don’t like it,” Sanderson said, referring to the resumed operations at Canyon Mine only a few miles outside of town. “When you’re talking about the water system, you’re talking about something that could affect not only us, but other communities in the area like Valle and even Williams and Flagstaff.”

Sanderson explained the decision to oppose the monument is rooted in the ability of the town to use and develop land it already owns.

“Our concern was our ability to conduct the business of Tusayan,” Sanderson explained. “Even though the town isn’t included in the designation, there’s still a portion of the law that addresses abutments to federal lands, where our land and the protected lands join. It could have severely impacted our ability to develop housing or business. We felt that the decision was going forward without much input from the locals. We live here — we would have felt the impact daily.”

Sanderson also explained that Tusayan is a community that thrives on providing services to guests visiting the Grand Canyon — any disruption to that visitation, including an increase in industrial equipment and traffic along Highway 64, potentially puts the town at a disadvantage.

Even those a bit further removed from the area in Flagstaff are split.

Some residents like Robin Prema, who owns several businesses in Flagstaff, including a hotel, recognize the dependence of their livelihoods on the Grand Canyon’s continued preservation.

“The Grand Canyon feeds the northern Arizona economy,” she said in a recent interview with Flagstaff Business News. “It is important to leave the Grand Canyon in its natural form.”

Others, like Stewart McDaniel, vice president of government affairs for the Greater Flagstaff Chamber of Commerce, noted two specific problems the group had with the proposed monument legislation:

“We can’t get tax money from federally-owned lands, and we can’t control how the lands are used,” he said.

Although the Obama administration did not designate the national monument, providing relief to monument opponents for the moment, Arizonan’s concerns about preserving the Grand Canyon remain, methods notwithstanding.

Roger Clark, Grand Canyon program director for the Grand Canyon Trust, said the organization’s focus must now necessarily shift from pushing for a national monument to preserving the progress that has already been made.

Clark said that hope for a monument designation has dimmed with the incoming Trump administration. But, he said, preventing uranium mining is still one of the monument proponents’ biggest concerns.

“When we set out to ban uranium mining at the Grand Canyon years ago, we had a lot of support,” he said. “The town of Tusayan was on board, the sportsmen and outdoor recreation groups were on board, all the tribes showed their support.”

When the push began for the Greater Grand Canyon Heritage National Monument, though, some of that support fell by the wayside, explained Clark. The environmental groups and tribes were still staunchly in support of granting monument status, but other groups were wary of how the federal designation might affect hunting and recreation, ranching and land access, among other things.

“Our next step is to start rebuilding that network of support,” Clark said. “It wasn’t a fast process, it took us four years last time, but it resulted in the temporary mining ban that we have today. We need to educate people and get that support back so that we can fight to preserve the progress that’s already been made, like the National Environmental Policies Act, the Antiquities Act, the Clean Air Act, the Clean Water Act. We will remain vigilant, persistent, as we always have.”

Hopes for a national monument may have dimmed, but they are far from snuffed out: Grijalva has re-introduced the Greater Grand Canyon Heritage National Monument Act and supporters are working to rally support for the legislation in the 115th Congress. The new bill, which closely mirrors the previous version, would confer national monument status on two parcels of federal land, one north and one south of Grand Canyon National Park.

“The need to protect the Grand Canyon is bigger than who’s president or who sits in Congress,” Grijalva said. “The American people demand that this important place be preserved. People from all walks of life have been fighting this fight for a long time, and we’re going to keep working until we get it done.”