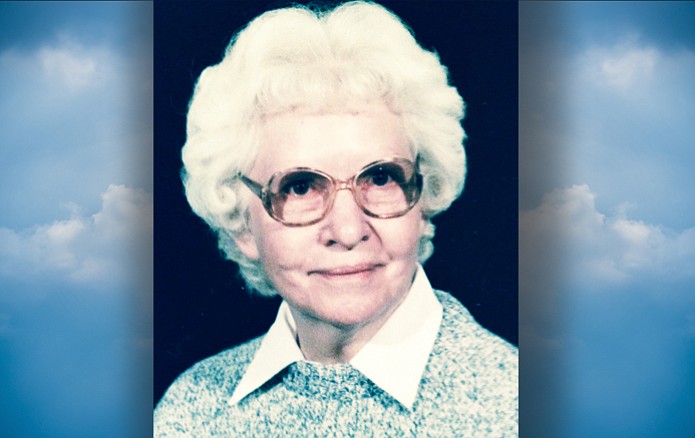 Vernona Ollene Bruner was born on March 13, 1922, in Jasper County, Missouri. She grew up in the great depression era, and lived in different parts of Missouri and Wyoming. Her family finally ended up back in in Webb City, MO. It was while living there that she met her husband Jim Bruner who was an engineer for Boeing. They later married October 5, 1941. From there they moved to Wichita, Kansas during WWII, where her husband worked on the B-52 bombers. She gave birth to their daughter, Mary on November 9, 1942. After the war they moved to Holyoke, Colorado where Jim’s family was, and farmed for several years.

After her husband died on Feb. 22, 1968, she moved to Creede, Colorado, and opened a gift shop. Though she loved her beautiful mountains, she decided it was time to move to Arizona to be near her daughter and grandchildren. While in New River, she and her nephew opened a land scaping business. She then decided to move to Williams and started working in real estate with her dear friend Pat Wamble.

Once her great-grandchildren were born, she decided to retire, and become a full time Grandmother. She enjoyed teaching piano to children, drawing and sewing. She was well known for her love of the outdoors, and excellent baking skills. She was a kind, gracious, loving woman, who enjoyed adventure and always put her family first.

In lieu of flowers the family asks that the donations be made to the National Cervical Cancer Coalition www.nccc-online.org. Please make donations to Ollene Bruner. A celebration of life will be held at the banquet room in the Sultana this Saturday, Jan. 28, 2017 at 1 p.m.