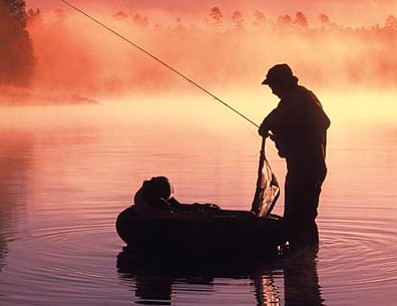 According to Havasu angler John Galbraith, limits on trout fishing along the Colorado River could mean a boon to Lake Havasu’s striped bass population.

“In this part of the river, Havasu’s stripers usually eat the trout before they get to Lake Havasu,” Galbraith said. “Stripers are about to explode with trophy-size fish in Lake Havasu…it won’t be next year or the year after, but three or more years from now Havasu will be swimming with stripers.”

According to the state Game and Fish Department (AZGF), Colorado River stakeholders have expressed interest in reducing bag limits for the region’s trout because of an increase in the fish’s popularity among Arizona and Nevada anglers. The department says that it is necessary to reduce bag limits to allow more anglers an opportunity to catch trout in Arizona’s waters.

Galbraith says the reduced bag limits for trout at other Arizona lakes doesn’t surprise him. Because trout don’t naturally breed on the Colorado River, AZGF stocks the fish for reproduction. The correlation between stocking and availability requires limits on anglers in order to keep trout populations conducive toward fulfilling demand in the Southwest.

The department also plans to close the Kino Environmental Restoration Project in Tucson to fishing. At Frye Mesa Reservoir, trout bag limits will see a reduction. At Riggs Flat Lake, anglers will be allowed to use fathead minnows as bait, if those minnows are caught on-site.

For Apache, Canyon and Saguaro Lakes, AZGF will create a year-round bow-and-arrow season for catfish, with a daily bag limit of five catfish.

Catch and release regulations for largemouth bass at Pena Blanka Lake and Dankworth Pond will no longer apply in 2017, but a statewide limit of six bass will still apply.