Habitat for Humanity and other nonprofits seek tax donations 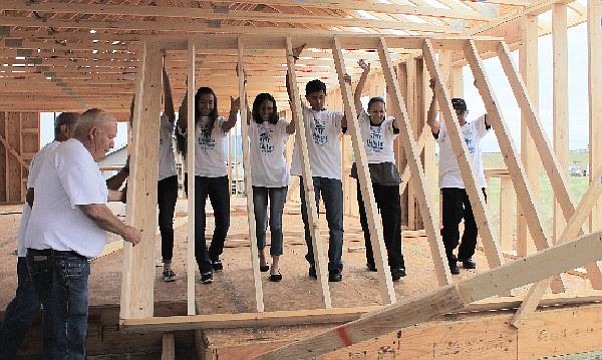 The Hernandez family helps put up a wall in their home in Williams in 2016. Habitat for Humanity in Williams plans to break ground on its fourth home this year.

WILLIAMS, Ariz. — With New Year’s celebrations over, the next big thing to check off the to do list is filing state and federal taxes.

For those looking to write off part of their state taxes before Uncle Sam gets his fair share, there are several options to consider. Local organizations, including the Williams Area Habitat for Humanity are now accepting donations that count as a not-for-profit tax donation.

In order to help meet their home building goals, Habitat is participating in the Arizona Charitable Tax Credit program which helps the organization with its next home build and supports affordable housing and home ownership for qualified Williams families.

Donations of up to $400 for single filers and $800 for those married filing jointly can be made to Habitat or other non-profit organizations of your choice. 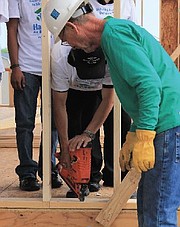 Jose Hernandez places in a nail in a wall of his Habitat for Humanity home in Williams last year.

“If you’re divided on your loyalty and you want to give $200 to Habitat and $200 to the school, you can do that,” said Bud Parenteau, coordinator of the Williams Habitat for Humanity. “It doesn’t have to be just to the one entity. It can be to two or three or however you want to split it up.”

According to Parenteau, those who donate receive a dollar-for-dollar tax credit toward their Arizona State Income taxes. The donations do not count toward federal taxes.

This is the fourth home Williams Area Habitat for Humanity has built for qualified low-income families. This year the organization’s home partner is the Christina Hernandez — Jose Martinez family. Parenteau said they hope to break ground on the new home sometime this winter depending on weather conditions.

Through an anonymous grant and a land purchase loan from the U.S. Department of Agriculture, Habitat now owns three lots that allow them to build a fifth, sixth and seventh house over the next several years.

Parenteau said specific designations of monies for donations can be made to Habitat and other organizations, including local schools.

“With the schools you can be very specific. If you have a child in the third grade and they go to the zoo once a year and you want to earmark the money you donate to the school to that trip you can do that,” he said. “You can do that with Habitat too. You can say, ‘I want this money to go to the fourth or fifth or to this family to build this house,’ you can be very specific as to where you want that money to go.”

Parenteau said it is important to keep tax dollars local and making year-end donations to non-profits or schools of your choice helps keep the money within the community.

“If you pay your taxes and don’t use the tax credit the money you are liable for goes to the state of Arizona and it can be used anywhere the state decides they want to use it,” he said. “If you decide you want to use it for the local schools or local Habitat or any organization that has that capability, that money stays right here in Williams.”

Donations can be made to qualifying charitable organization meeting the state’s requirements. A complete list of qualifying organizations is available at https://www.azdor.gov/TaxCredits/