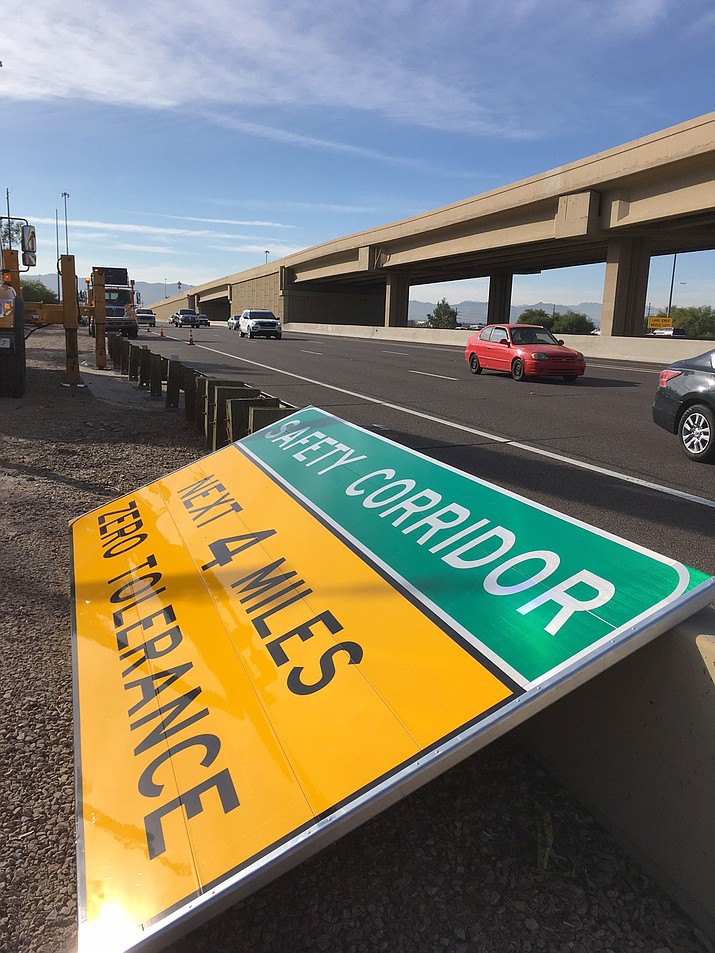 ADOT works to install safety corridor signs in hopes of reducing traffic accidents in high risk areas around the state.

By the end of December, motorists may also notice an increased law enforcement presence in these safety corridors.

Safety corridors are highway segments that have more crashes, injuries and deaths than would ordinarily be expected. Over the next two months, the Arizona Department of Transportation, (ADOT) Arizona Department of Public Safety (ADDPS) and Governor’s Office of Highway Safety will implement four safety corridors in Arizona, aiming to reduce crashes, severe injuries and traffic fatalities. 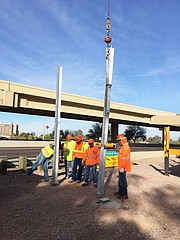 “These segments were selected because they have higher-than-average instances of speeding, aggressive driving, impaired driving and lack of seat belt use,” said Brent Cain, director of ADOT’s Transportation Systems Management and Operations Division. “Those are the leading factors in traffic deaths, and decreasing their occurrence makes the roads safer for everyone.”

Motorists will see new signs signaling they are entering and leaving a safety corridor, as well as signs that alert drivers that there will be zero tolerance for violations in a corridor.

“There will be strict enforcement of driving laws with zero tolerance for violations,” said DPS Lt. Col. Daniel Lugo. “If drivers obey the speed limit and other laws, there will be fewer crashes.”

The safety corridors will launch in two phases, with each including an urban and rural segment. Sign installation in the first phase began Dec. 12 and was completed Dec. 20. During this phase work was completed on I-10, four-miles from the I-17 Stack to SR 51/Loop 202 Red Mountain Mini-Stack and on I-10 twenty-three miles from Loop 202 Santan Freeway to State Route 187.

A grant from the Governor’s Office of Highway Safety helped support establising these safety corridors.

“The safety corridors will make traveling safer for everyone,” said Alberto Gutier, director of the Governor’s Office of Highway Safety. “If you already obey driving laws, you have nothing to worry about and can enjoy safer travel. If you speed, drive aggressively or break other driving laws, you will face the consequences of zero tolerance enforcement.”

Safety corridor segments were selected by reviewing historic crash data related to driver behavior and input from law enforcement. This is a pilot program that will remain in place for at least one to two years. After that, the partner agencies will review their effectiveness and consider whether to add safety corridors.