Kaibab vehicle use maps get revisions 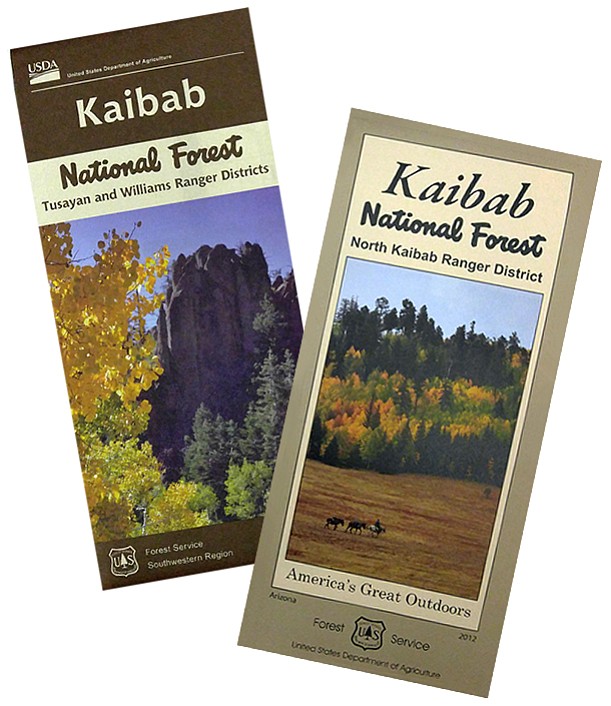 New Motor Vehicle Use Maps are now available for the Williams and Tusayan ranger districts of the Kaibab National Forest.

New Motor Vehicle Use Maps are now available for the Williams and Tusayan ranger districts of the Kaibab National Forest.

The maps, which show what roads are open to motor vehicle travel, are the result of years of monitoring public feedback following implementation of the Travel Management Rule on the forest.

Maps are available for free at any Kaibab National Forest office.

The biggest change stemming from that project and reflected on the new maps is the authorization of motorized dispersed camping along 276 miles of designated National Forest System roads.

Some changes in the new travel management decision include the following;

• 14 spur roads designated for motor vehicle use have been added in the Tusayan Ranger District. These designated spur roads total approximately 1.1 miles and provide access to sites historically used for motorized dispersed camping.

• Approximately 24 miles of National Forest System roads have been added to the road system open to motor vehicle use in the Williams and Tusayan districts. This includes 17 miles of roads that were previously closed to motor vehicle use, four miles of user-created routes that were found to have no resource concerns but that provided important access to portions of the Williams Ranger District, and 3 miles of roads in the Tusayan Ranger District needed to provide access to water tanks.

Motorized big game retrieval was not addressed in the new travel management decision, which means the rules governing it have not changed.

In addition to hard copies, several other motorized travel aid options can be accessed on the “Motor Vehicle Use Maps and Motorized Travel Aids” page on the Kaibab National Forest website.