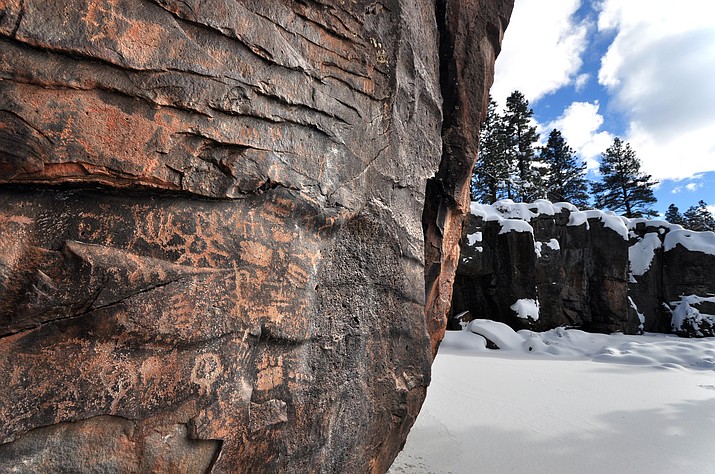 March is Archaeology Month, and the Kaibab National Forest has several free activities planned each week to mark the occasion.

This is the eighth year the Kaibab National Forest has organized weekly lectures and hikes during the month, according to South Kaibab Zone Archaeologist Neil Weintraub.

The lectures will take place every Thursday in March at 6:30 p.m. at the Williams Visitor Center, 200 W. Railroad Ave.

Weintraub will give the first lecture March 2 which highlights how volunteers, contractors and other partners helped Kaibab archaeologists document, protect and preserve archaeological sites during 2016.

The next lecture, which takes place March 9, presented by Alan Messimer, volunteer for the Williams Historic Photo Project, will feature a history of the Williams Mountain Men.

On March 16, Messimer will present a history of the Williams Baptist Church, followed by a March 23 presentation by Weintraub on the 1928 Bunion Run across northern Arizona. Weintraub will discuss the history of the First Transcontinental foot race as it went across Northern Arizona in 1928. Weintraub will discuss newspaper accounts and historic photos in the weeks and days surrounding the event in the Williams area.

Kaibab National Forest Heritage Program Manager Margaret Hangan will give the third lecture called “African-American History of Northern Arizona” March 17. She will chronicle the history of African-Americans in the area.

The final lecture, which takes place March 30, features Forest Archaeologist Margaret Hangan, who will present her research on African Americans of the Williams area.

Additionally, every Saturday in March, a Forest Service official will lead interpretive hikes to Keyhole Sink Petroglyphs, meeting at the Oak Hill Snow Play area at 2 p.m. The hike is 0.6 miles each way and last around two hours. Participants are encouraged to dress warmly and wear appropriate hiking footwear.