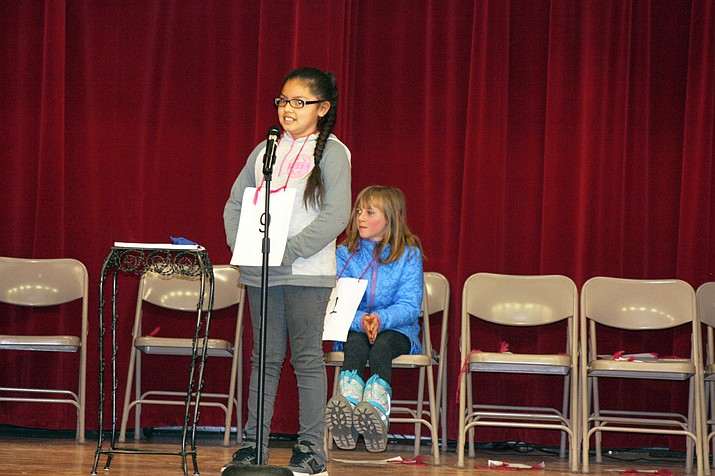 Fifth grader Xochitl Galvan was declared the winner of the Grand Canyon School spelling bee after a 10-round face-off with third grader Amelia Walls.

The spelling bee’s 15 competitors from grades two through five lined the stage Feb. 9 in front of three judges. Competitors were allowed to write words down or ask for a definition, but were otherwise on their own in front of their classmates and the judges. It took six rounds to eliminate all but the last two: Xochitl Galvan and third grader Amelia Walls. Fifth grader Linnea Whisenhundt placed third.