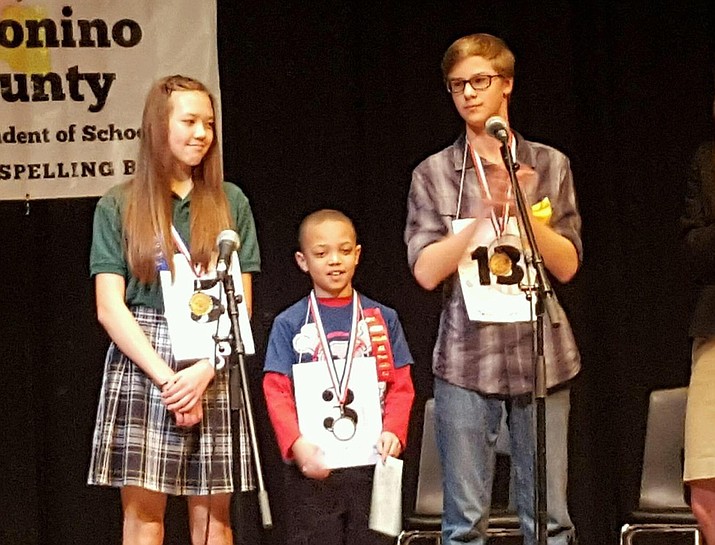 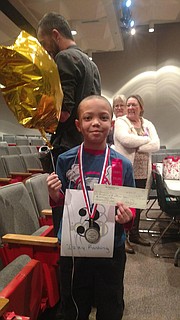 Iscariot Rushing holds his check and medal after placing second at the bee.

eighth-grader Katrina Vollmer before finally going out after misspelling the word “colloquial.”

Vollmer took the title and will advance to the Arizona State Spelling Bee in March.

This is Vollmer’s third title at the Coconino County Spelling Bee.

The Coconino County Spelling Bee consisted of 16 students from home, public, charter and private school-students from the county who won their school or district spelling bee.

Each year the Rotary Clubs from Flagstaff, Grand Canyon and Williams donate the monetary prizes for the top three spellers.

The winner of the state bee will represent Arizona at the Scripps National Spelling Bee in Washington, D.C. in late May or early June of 2017.